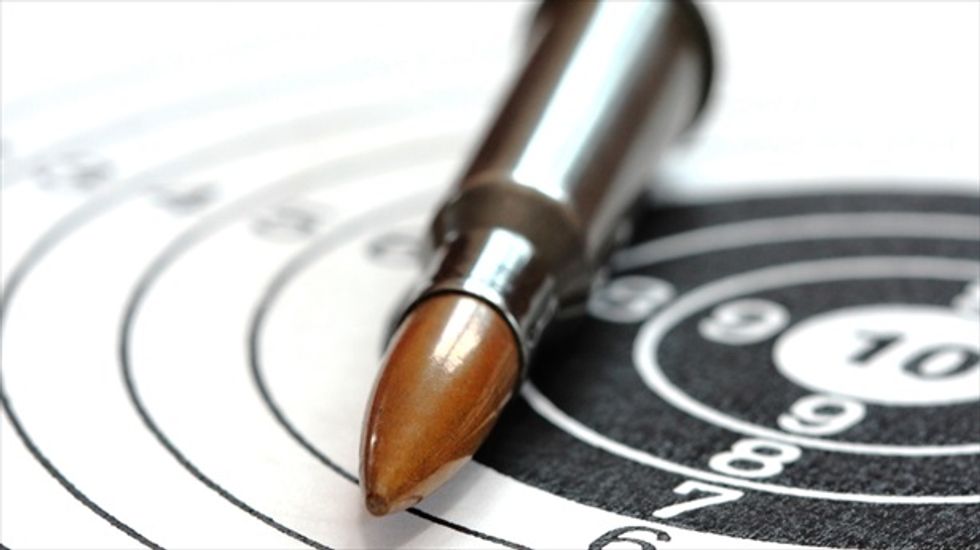 A Seattle women's group said this week that a bullet-riddled target left outside their offices was meant to intimidate them over their support for a bill that would close background check loopholes.

Seattle-King County League of Women Voters Administrative Manager Allison Feher told KIRO that she believed the threat was connected to the group's support of I-594, which would require background checks for firearms sales at gun shows, over the Internet, and person-to-person.

“I think it’s someone who disagrees with our stance, and at a minimum they’re trying to scare us,” Feher said of the person who left the paper target over the Fourth of July weekend.

However, the senior editor for “The Gun Mag," said that women at the league were probably overstating the threat.

“I think there’s some over-reaction going on here,” Dave Workman insisted to KIRO. “There’s a lot of difference between a political statement and a threat. Whoever did that certainly does not represent the firearms community."

Workman argued that the holes in the target could have been made by a pellet gun because they were small.

“It’s juvenile,” he opined. “These people who support I-591 are a pretty dedicated lot. They might show up in front of the office and picket the place. But leaving a target like that, that's first-grade stuff, it's kind of silly."

But the League isn't taking any chance. It said that the incident had been reported to the Seattle Police Department.