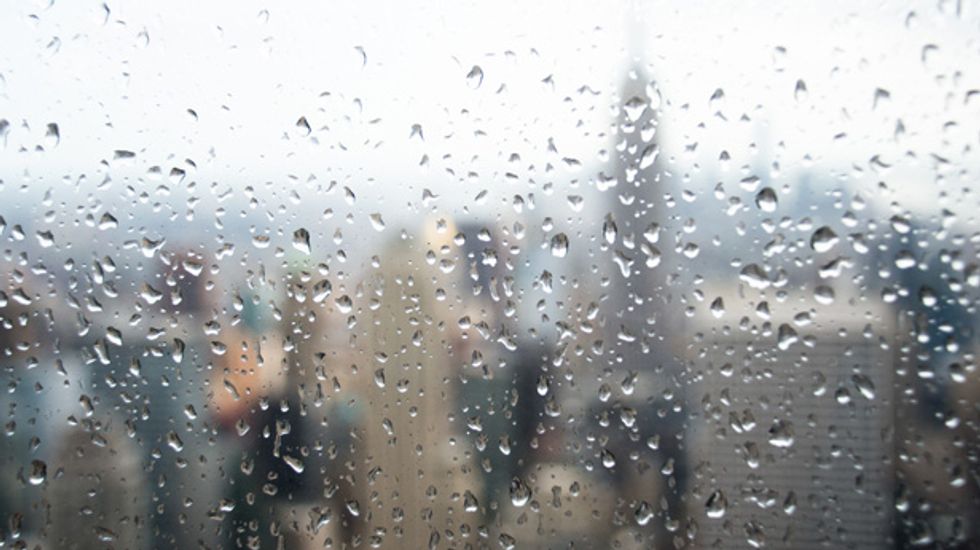 Thunderstorms and high winds swept through the U.S. Northeast on Tuesday following tornado warnings, killing three people in New York state and a boy who was crushed to death by a fallen tree in Maryland, weather and emergency officials said.

One of the hardest-hit spots was a community outside the hamlet of Peterboro in Madison County, New York, 25 miles (40 km) southeast of Syracuse, where a severe storm with high winds struck at about 7 p.m.

The full extent of damage there was not immediately clear. But the National Weather Service office in Binghamton, New York, said local emergency management authorities had confirmed three deaths "from three collapsed homes." The storm uprooted trees and tore down power lines across several counties in central New York, part of a broader expanse of extreme weather that stretched from the Ohio Valley and parts of New England through the mid-Atlantic region, police and weather officials said.

Mark Pellerito, a meteorologist for the Binghamton office, told Reuters the storms in and around Madison County "exhibited a lot of rotation," and a number of tornado warnings were issued earlier in the evening based on radar data.

He said ground teams would have to examine the site near Peterboro, part of the larger town of Smithfield, on Wednesday to determine conclusively whether property damage was caused by high winds or twisters.

Pellerito said the outbreak of severe weather originated Tuesday afternoon in northeastern Ohio, where relatively weak twisters were reported before the storms spread eastward along a cold front and gathered strength.

In Carroll County, Maryland, northwest of Baltimore, a storm packing high winds and heavy rain struck at about 7 p.m., catching a group of children at play at the River Valley Ranch summer camp, said Don Fair, a spokesman for the Lineboro Volunteer Fire Department.

He said nine children, aged 15 or younger, sought shelter from tree limbs and other debris carried by the winds when one boy in the group was pinned by a fallen tree. The boy was killed, but the eight others suffered only relatively minor injuries, Fair told Reuters.

"It's a difficult thing. It reaped a lot of devastation," said Fair, a first responder who lives nearby. “I’m just sad it had to be there."

[View of New York on a rainy day via Shutterstock.com]