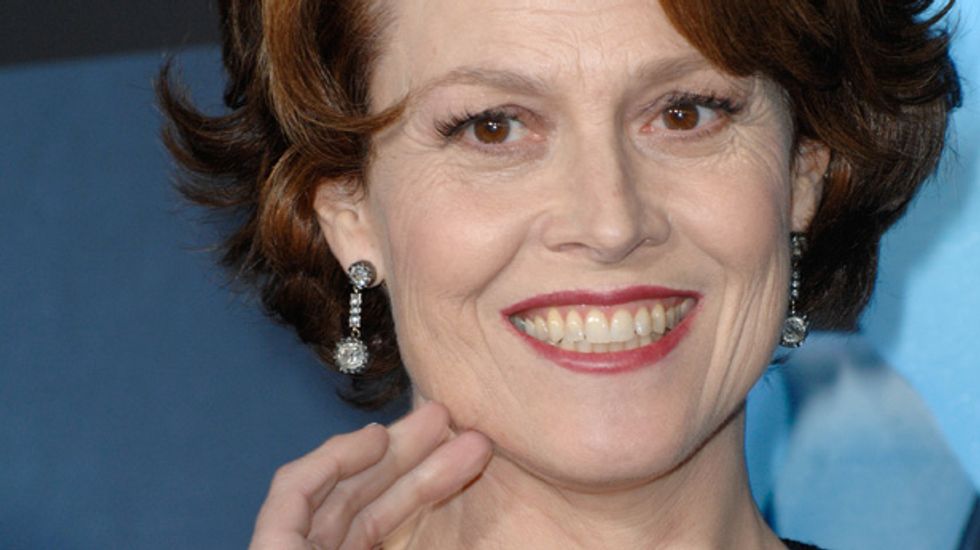 Although the second half of the Alien "quadrilogy" is remembered with mixed feelings by fans of the Ridley Scott and James Cameron movies, it seems the story may not quite be over. Speaking this week while promoting the forthcoming Alien: Isolation video game, Sigourney Weaver admitted for the second time in two months that she thinks there is life in the old xenomorph yet.

"I definitely feel the story is unresolved, we never really finished it," she said. "That was sort of my responsibility, because I didn't like where the story was going – I'd already tried to kill myself in Alien 3. I didn't like the Alien vs Predator movies, I thought they were demeaning to a wonderful story. Jim Cameron said it was like Alien vs the Wolfman. For many reasons, I didn't want to pursue it, I wanted to do other things."

For fans of the Alien franchise who made it that far, the ending of Alien: Resurrection did represent a kind of closure. Directed as a bizarre body horror fantasy by Jean-Pierre Jeunet, the film had the clone of Ellen Ripley destroying a nightmarish human/alien hybrid monster before escaping with an android played by Winona Ryder. The duo arrive on Earth to an uncertain future, but one seemingly free of double-jawed, dome-headed monsters – apart from all the alien DNA washing around in Ripley's system.

So there's really more to come? "As a former English major, I feel like … hmmm, I wish we'd finished this story," continued Weaver. "It feels incomplete to me. I wish it didn't, but it does. We left it hanging. And there's a way to finish this story that I think would be satisfying to me and the many fans."

Weaver was in reflective mood about the series, which has been a mainstay of her career for 35 years. She has recorded new dialogue for the Alien: Isolation game, which is set 15 years after the events of Alien and features Amanda, Ripley's daughter, travelling to a space station that has picked up the distress signal from the Nostromo. However, the game also features two bonus missions which allow players to experience key scenes from Scott's movie. Cast members Tom Skerritt (Dallas), Veronica Cartwright (Lambert), Harry Dean Stanton (Brett) and Yaphet Kotto (Parker) all returned with Weaver to voice the sequences.

"It was a very interesting experience," she said. "I watched the film again, which was fun, but it's been a long time since I've played Ripley – and I was very surprised that, when I opened my mouth, without even thinking, it was her voice; it was like she was lying in wait. I found it a very moving experience. I didn't realise she was still lurking, but I guess I've done so many of them that she's part of my DNA – and I would say a very cherished part."

Talking about the original movie, Weaver also confirmed the voyeuristic nature of its much discussed finale. Ripley escapes the exploding Nostromo in the shuttle craft Narcissus only to realise that a xenomorph is in there too, hiding away and seemingly watching her. Some have argued that the beast had reached the end of its lifecycle and was dying, others that it was watching her undress. For Weaver, it's very much the latter; she sees Ripley's relationship with the alien species as a sort of twisted love story.

"I think there was [a romantic element] from the very first," she said. "The alien coming out of its hiding place and seeing this pink creature in the closet. Ridley really wanted to go in that direction – that it was drawn to me because I was so different to it. Sort of beauty and the beast, I suppose. That was such a strong image to me at the time, it is so sexual; I've never been able to forget it."

Weaver's comments about a possible Alien 5 recall her appearance at the Hero Complex film festival in Los Angeles in June, where she likewise hinted that the story was unresolved. In May,Cameron mentioned during a question-and-answer session on social news site Reddit that he had once planned to make Alien 5 with Scott, but the plan fell through. With Weaver clearly interested, however, it surely won't be long before Fox picks up on the hints and kicks a production into motion.