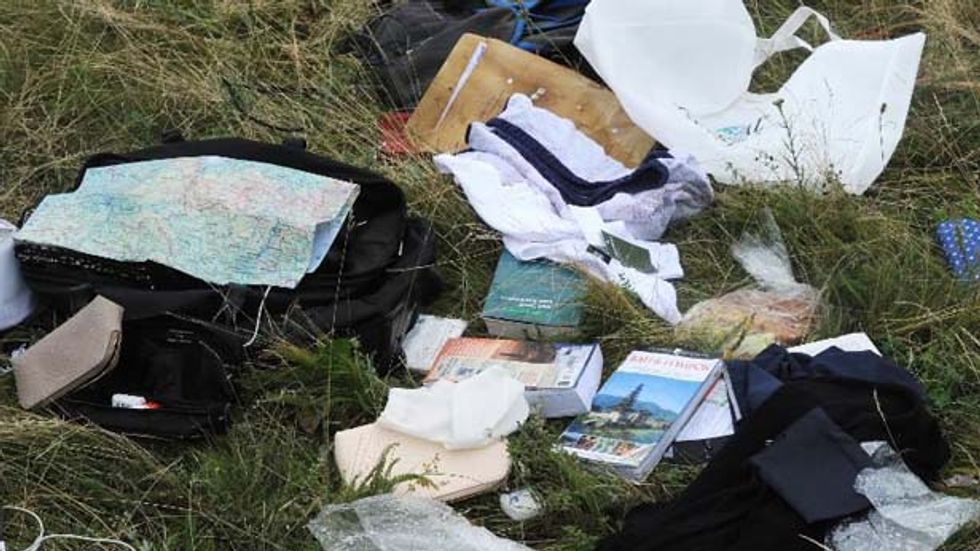 British broadcaster Sky News apologised after one of its presenters searched through luggage at the crash site of downed flight MH17 live on air on Sunday.

In a news broadcast, presenter Colin Brazier was shown rooting through personal belongings in an opened suitcase at the site, picking up a set of keys before saying: "We shouldn't really be doing this."

The footage was greeted with anger on social media, including calls for Brazier to be sacked.

BBC presenter Jacqui Oatley tweeted that she was "astonished" while Joe Watson, a professor of Mass Media at Baker University described it as a "horrible moment for journalism".

"Today whilst presenting from the site of the MH17 air crash Colin Brazier reflected on the human tragedy of the event and showed audiences the content of one of the victims' bags," a Sky News spokesperson said.

"Colin immediately recognised that this was inappropriate and said so on air. Both Colin and Sky News apologise profusely for any offence caused."

The incident came as Australia called for respect for the bodies of the 298 who perished in the disaster, amid reports the crash site was being trampled and interfered with as investigators struggled to reach the site due to conflict.