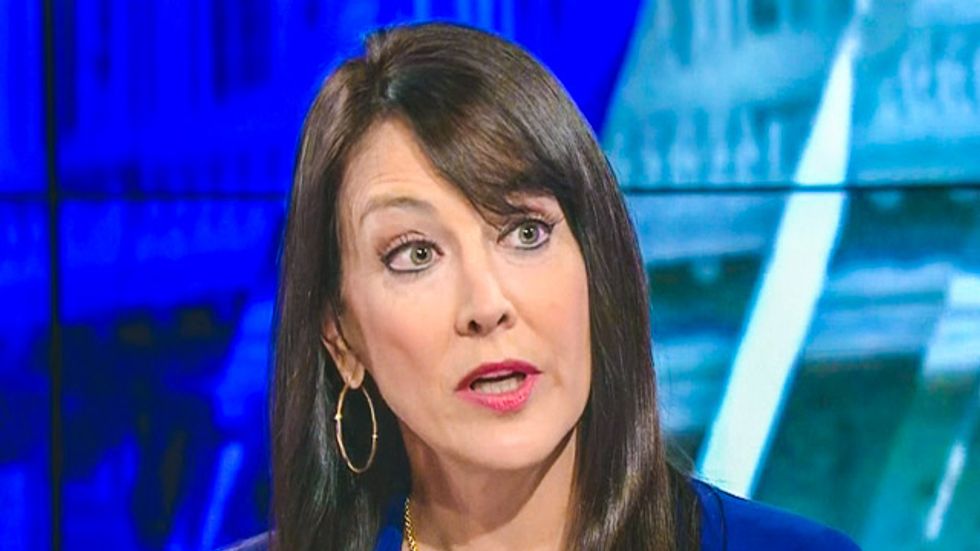 Liberal radio host Stephanie Miller on Sunday explained to former Republican U.S. Senate candidate Carly Fiorina that her study of medieval history would "come in handy" after the Supreme Court ruled that corporations like Hobby Lobby could deny birth control coverage to women for religious reasons.

"A lot women including me are sick of the 'war on women', and we saw it in spades on Monday after the Hobby Lobby case," Fiorina told a CNN panel. "Somehow this is the long arm of business and the Republican Party reaching into the body of women. It's ridiculous."

"The war on women is shameless, baseless propaganda, there's no fact to it, and it's worked because it's scared women to death," she insisted. "Enough. Enough."

"I respect you very much as a woman for your accomplishments," Miller snarked in response. "I even read that you studied medieval history, which I think will come in handy with trying to defend the Republican war on women."

Miller noted that every woman she knew was "furious about he Hobby Lobby decision."

"These religious people believe certain drugs cause abortions, doctors and scientists say they do not," Miller continued. "They prevent abortion... I have friends who need it for endometriosis. How do you say you're small government, and get the government involved in those personal decisions between a woman and her doctor?"

"I -- this is crazy to me," Fiorina stuttered. "Your arguments are so counter-factual. Twenty forms of birth control are mandated, by the way, not by Obamacare. They're mandated by some HHS bureaucrats who go into the basement and write a regulation after Obamacare passes, and they decide. Elected by no one, accountable to no one."

Watch the video below from CNN's State of the Union, broadcast July 6, 2014.