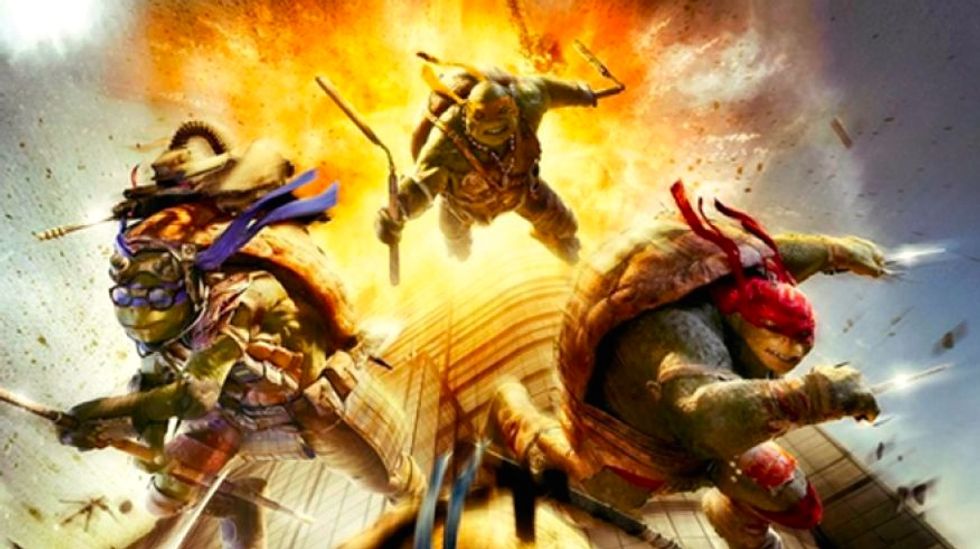 Paramount Australia says sorry for mistakenly combining a picture of a burning skyscraper with 'September 11', the release date of their Teenage Mutant Ninja Turtles reboot

The studio behind the latest revival of Teenage Mutant Ninja Turtles has apologised for a publicity poster which combined a picture of the heroes in a half shell hurtling from a burning building with the legend "September 11".

The gaff was made by Paramount's Australian office, which had combined a publicity shot for the movie with its local release date. Criticism began to emerge on Twitter after the studio tweeted the image, with executives later delivering a sincere apology.

"We are deeply sorry to have used that artwork for the marketing materials promoting the September 11 opening in Australia," said Paramount Australia in a statement. "Combining that image and date was a mistake. We intended no offense and have taken immediate action to discontinue its use."

The Teenage Mutant Ninja Turtles' story is traditionally based in New York City, site of the 11 September terror attacks which destroyed the World Trade Center and killed nearly 3,000 people in 2001.

"Wow Paramount you sure messed up with the TMNT poster", tweeted one Twitter user, while another wrote: "WHO thought that poster would be a good idea considering date?? Or did they just think no one would notice?"

The Twitter storm was first noted by Buzzfeed. Paramount has since deleted the tweet and removed all reference to the offending poster from its Facebook page.

Teenage Mutant Ninja Turtles stars Megan Fox as reporter and turtle confidante April O'Neil, with The Dark Knight's William Fichtner as villain Shredder. The film is due on US cinemas on 8 August and UK multiplexes on 17 October.