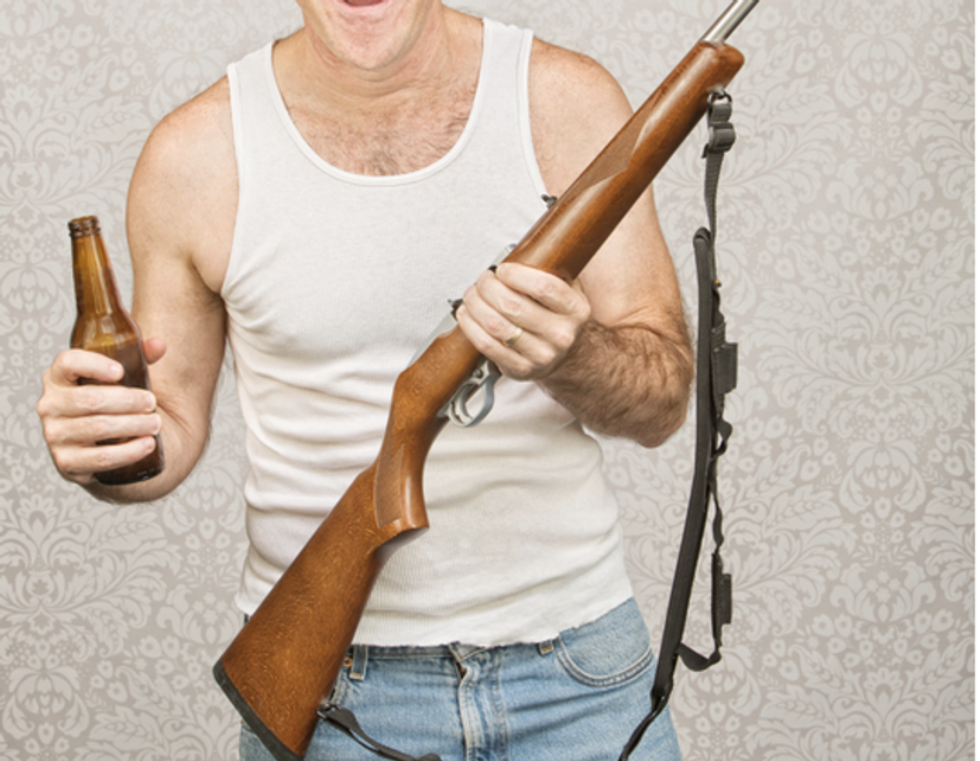 Drunk man with rifle via Shutterstock

At least 10 armed private militias have now been spotted patrolling the Texas border in response to a crisis of refugee children fleeing violence in Central America.

The source provided the photos on the condition that the faces would be blurred so that members could not be identified by “cartel and gang members.”

Oathkeepers, Three Percenters and Patriots have reportedly been recruiting members to patrol the Texas border for the last month.

According to the paper, Customs and Border Protection (CBP) agents were seen providing directions for militia members in one of the photos.

The CPB's official policy is not to “endorse or support any private group or organization from taking matters into their own hands as it could have disastrous personal and public safety consequences.”

However, the agency declined to comment on the photos.

Democratic state Sen. Leticia Van de Putte told the San Antonio Express-News that uncoordinated armed militias were not helping the situation on the Texas border because "pointing guns at children solves nothing."

"Local law enforcement and federal border patrol agents have been clear," Van de Putte explained. "The presence of these outside independent militia groups does nothing to secure the border; it only creates an unsafe situation for law enforcement officials that are protecting our communities. Unfortunately, the vile rhetoric of my opponent inspires misguided efforts."

Republican state Sen. Dan Patrick, who is running against Van de Putte for for lieutenant governor, did not respond to request for comment from the paper.

The Monitor reported that a so-called militia "commander" by the name of Chris Davis released a 21-minute YouTube video last month explaining how members would deal with child refugees.

"How?" he asked. “You see an illegal. You point your gun dead at him, right between his eyes, and you say, ‘Get back across the border or you will be shot.’”

Records obtained by the San Antonio Express-News showed that Davis was a former truck driver who received a discharge "under other than honorable conditions in lieu of trial by court martial" from the Army in 2001.

Watch the video below from The Houston Chronicle.