The next time a 'pro-lifer' says something bad about immigrants, show them this 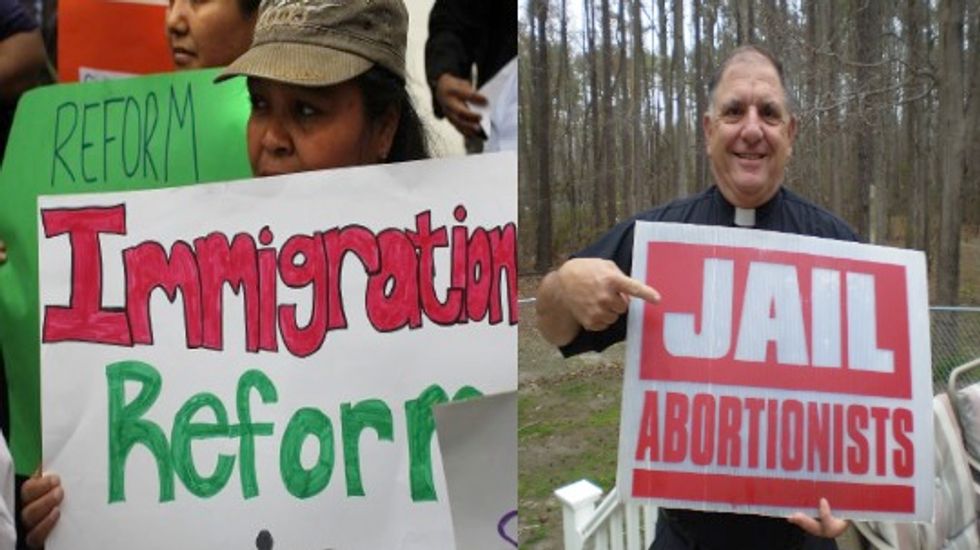 So, maybe the conservative "pro-life" movement isn't exactly at the forefront of the immigration reform movement... yet. But they could be! And, if they're not totally full of it, should be.

The truth is anti-immigrant and anti-choice (pro-life) legislation and sentiment often go hand in hand. If that feels a little inconsistent and hypocritical, that's probably because it is.

All you need to do is show a self-identifying pro-lifer this pretty clever meme created by Political Loudmouth.

If the "pro-lifer" agrees, you've won an ally. If the pro-lifer disagrees, he or she is forced to admit that he or she is not motivated by the sanctity of life, but rather by the desire to control and punish women. They are forced, in other words, to admit that they are, indeed, not pro-life, but anti-choice.

Of course, either way, I'll continue to call pro-lifers anti-choicers because I don't agree that a zygote is a life. But framing it this way makes it harder for them to pretend that they actually care about life. Maybe they can call themselves pro-pre-birth-life.