The shot that took two years to kill its victim 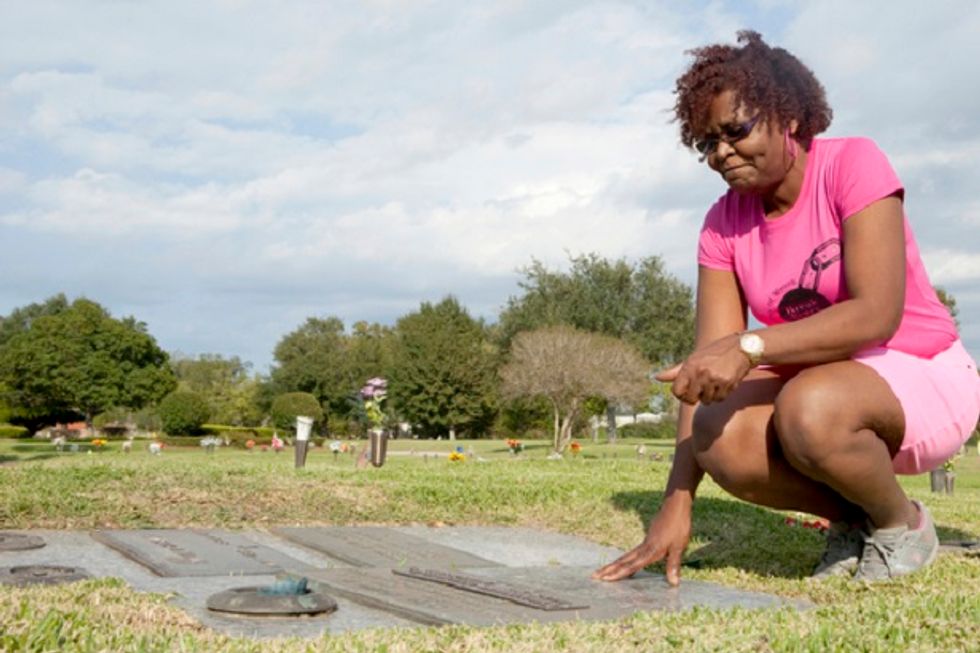 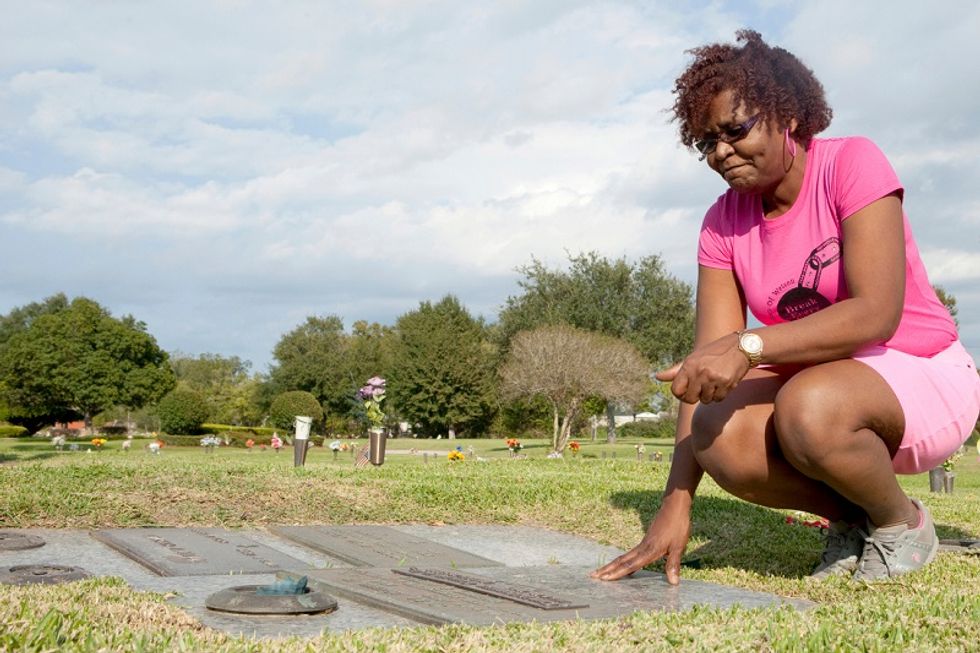 In the photo above, Lynn James says a prayer to her son Christopher Guilbeau Jr. and tells him she loves him while visiting his grave in Avondale last year.

When 26-year-old Christopher Guilbeau Jr. was shot on Elysian Fields Avenue in 2007, he survived but was stricken blind. When he suddenly died from his injuries two years later, it was his mother’s life that plunged into darkness.

Chris grew up loving music and played the trombone at Fortier High School in the late 1990s. After high school, he became a barber and had a little girl of his own.

James was at the apartment building she managed early on an October morning in 2007 when she got the phone call that Chris had been shot. In disbelief, she immediately hung up the phone, then started to scream, and then to pray.

Chris was shot through his hand and jaw, but fragments of the bullet entered his brain. He lost one eye and became blind in the other, and it was the beginning of a new life.

“He was extraordinarily brave,” James said. “He was like a new person on the outside, but you knew he was a wounded soul on the inside. [He acted] as if nothing had happened. I think he was that way to protect me, his sister and his daughter.”

His family had to bathe him, to teach him how to eat. Chris had almost no sense of taste, no smell, but the one dish he said he could still taste was “bananas friddle,” pancakes with bananas, so his mother cooked it whenever he asked for it. She had to take a leave of absence from work, and eventually had to resign.

After three months, Chris enrolled in a year-long program in Rustin, La., to teach him to live without the sense of sight. James would talk to her son on the phone nearly every night, sometimes for 30 minutes, sometimes an hour, but it was never a short conversation. Once a month, he would come home for the weekend. During Mardi Gras, Chris came home and told his mother the Lord was soon to take him.

“The Lord didn’t take me this far to take you from me,” James remembers replying.

In March of 2009, Chris suddenly died of complications related to his brain injury. The night before, Chris told a nephew he had been praying and fasting.

“The devil didn’t take Chris,” James said. “God took Chris on his own time. God took him peacefully. There is silence in knowing that I know where his soul is. What better way to go then praying to the Lord?”

It hurt horribly that he was gone. After his death, James descended into a downward spiral, unable to sleep, losing weight and planning suicide. James had to quit her job and ultimately admitted herself to a hospital for treatment.

As a member of Watson Memorial Teaching Ministry, James and her son were already close to the Rev. Pat Watson, who saw Chris like a son. When the Helping Mother’s Heal group started, Watson convinced James to join. To help her through the grieving process, Watson put a chair in front of James and told her to imagine her son’s shooter there, and to let her feelings out.

“I was able to release the stuff that was down in me and that started my healing process,” James said. “I am better. I accept that it happened. I realize my son doesn’t want me to grieve. It hurts. It will always hurt. I miss him but most of the time I can look back and laugh at times we had.”

Now, James is moving forward by helping others. She recently told a mother in St. Rose who had just lost her toddler about the group, and plans on continuing to help recruit others.

“It helps me with my healing process and shows me that I am stronger then I think I am,” said James. “I don’t look like what I have been through.”