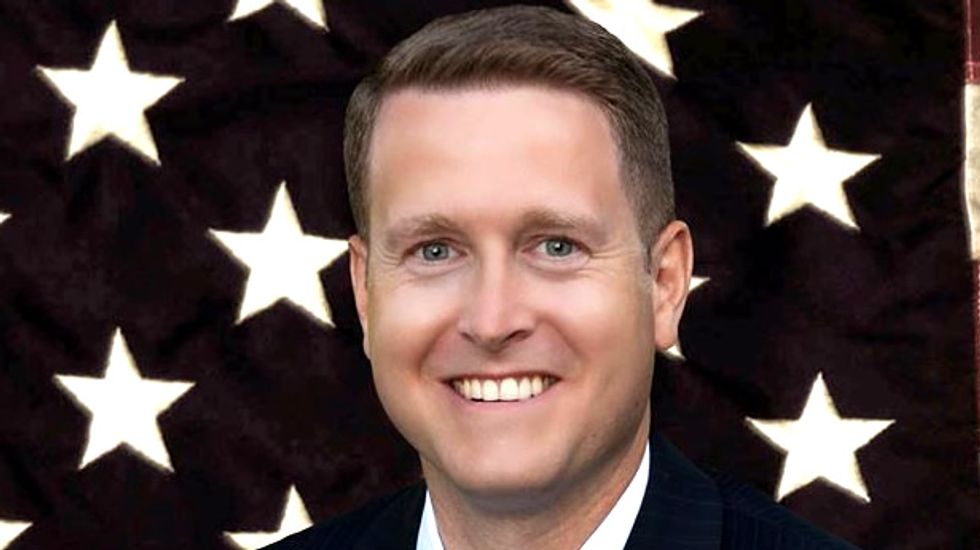 A conservative candidate running against Spokane County Republican Matt Shea in Washington is concerned about Shea's affinity for the militia group known as the Oath Keepers, KXLY reported.

Josh Arritola said that his opponent in the state representative race was photographed in the company of Stewart Rhodes and Ryan Payne, two local leaders in a movement that swears to "defend the Constitution against all enemies, foreign and domestic, so help us God."

Most of its members are current or former military and law enforcement personnel, many of whom have vowed to disobey any law that doesn't accord with their interpretation of the Constitution. A New York chapter recently called upon its members to violate the Safe Act, which tightened the state's gun restrictions.

According to a statement released by Arritola on Thursday, his opponent was seen by a woman discussing "the Bundy Ranch, the Militia, snipers, special forces, churches [and] Oath Keepers" last month with two acknowledged members of the group. She said she "didn't hear all of the conversations, but said she heard enough that it concerned her and she thought maybe these guys were planning some kind of attack."

In the statement, Arritola also said that "for too long Matt Shea has successfully slithered out of repeated incidents with law enforcement. It’s time that we as a community and you as the media hold this man accountable for his connections, his associations, and his actions. His continued association and support of violent militias does not reflect the values of the citizens of Spokane County nor Washington State."

The Oath Keepers official website has praised Shea in the past, writing that "Shea is not your typical politician. He speaks openly about his faith, he loves liberty, and he is hated by the [Southern Poverty Law Center]."

"But, what truly separates Matt Shea from the ordinary public official is his adherence to the Constitution," the profile claimed. "I know that’s a sad commentary, but it’s true. Matt has, in this writer’s opinion, the 'right stuff' that sadly eludes most of those in public service today." The site also linked to a video in which Shea boasted about being hated by the SPLC.