Washington state Democrat takes up arms and rides a donkey to D.C. in campaign ad 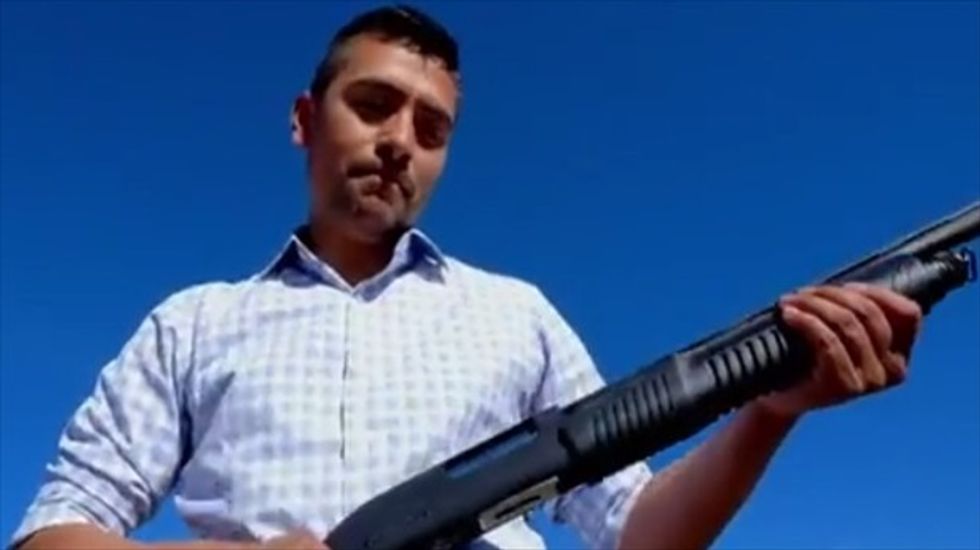 A Democratic Party congressional candidate in Washington state shoots back -- literally -- at doubts over his prospects of winning in a new campaign ad, the Yakima Herald-Republic reported on Thursday.

"They call me a long shot. They say I can't win in this district," first-time candidate Estakio Beltran says in a voice-over before taking aim with a shotgun at a elephant-shaped piñata. "But what happens to an elephant that stands around doing nothing for too long?"

The ad closes with images of Beltran posing with the shotgun and riding a donkey toward a sign pointing to Washington, D.C.

The Seattle Post-Intelligencer reported that eight Republicans have signed on for the Aug. 5 primary, including former state director of agriculture Dan Newhouse and Tea Party-backed candidate and former professional football player Clint Didier. The top two candidates in the primary will advance to the general election in November.

The Herald reported that Beltran's display is the latest effort by a candidate to show an affinity for firearms. Didier has raffled away three weapons, while Newhouse is seen walking with a rifle in his own campaign ad.

Watch Beltran's campaign ad, as posted online on Tuesday, below.