'What the f*ck is wrong with you?': Jon Stewart takes aim at anti-immigrant protesters 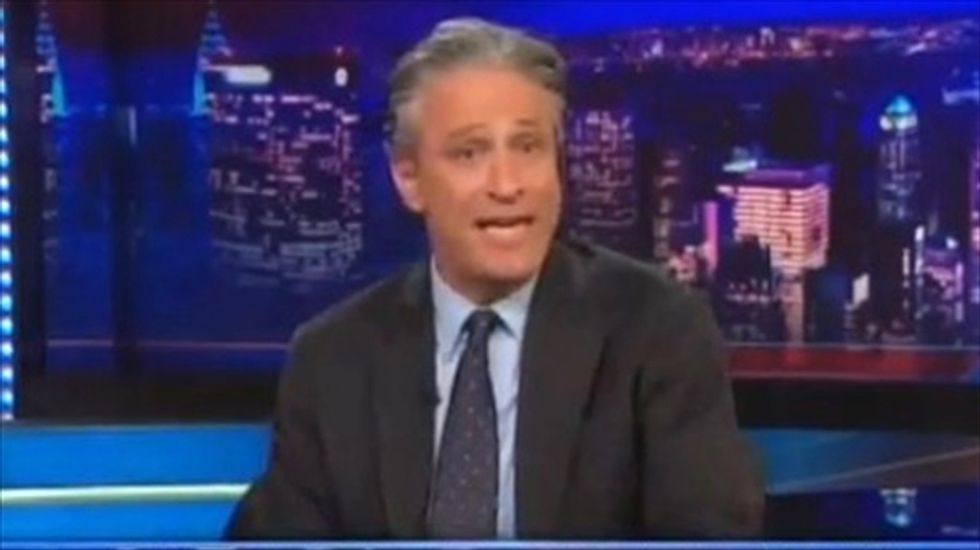 Jon Stewart opened The Daily Show on Tuesday skewering the lawmakers and protesters scapegoating the thousands of young immigrants coming to the U.S. and asking why they can't be deported back to Central America.

"First of all, what the f*ck is wrong with you?" Stewart demanded. "These are children. Why would you even ask that? And second of all, good question."

It's not fair to single President Barack Obama out for blame in the issue, Stewart argued, considering how often Republicans tell anybody who will listen that the U.S. is the greatest country in history.

"Why would you not come to a place that great?" Stewart asked. "In fact, it's why all of our ancestors came to this country, and were themselves originally unwelcome. Because that's the story of America: From Ben Franklin's worries that Germans were ruining Pennsylvania, to our 19th-century 60-year ban on the Chinese immigrants who had just finished building our railway system, to our very real and justifiable concerns about the Irish and their insatiable 'applying for jobs,' we have always been a nation of immigrants who hate the newer immigrants."

But the legal answer, he noted, stemmed from a law signed into effect by Republican George W. Bush during his presidency barring immediate deportation for children from countries that do not border the U.S. Meanwhile, a similar order signed by Obama only covers young immigrants who entered the country before 2007.

"If I have told kids fleeing violence and poverty once, I've told them a thousand times," Stewart said. "Immigrant minors seeking asylum post-2007 must apply at their consulate and use form N-400 and a biometrics fee. Then appear for a series of processing interviews to ascertain priority determination. Unless they have family living in the United States, in which case they file form I-130, and then you file DS-260 under your NBC case number. Unless, of course, you have skills attractive to an employer. Well, do you? Do you, child fleeing violence and poverty? Because if you do, you're gonna want to go with form I-140. I mean, it's not that difficult, child."