Who knows what Jesus thought about gay people? Yet he has come to embody compassion 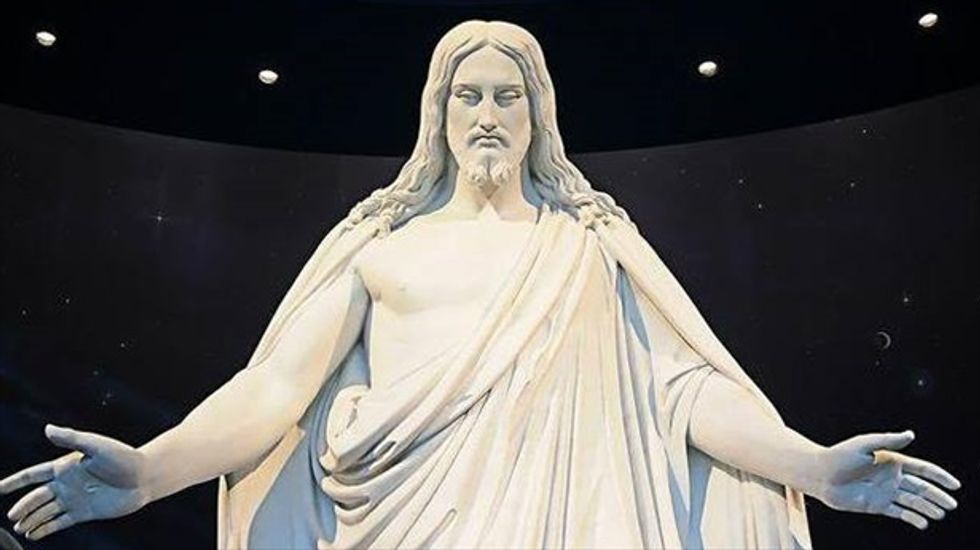 When Elton John claims that Jesus would have supported gay marriage, this is a bit like saying that Plato would have been a heavy user of Facebook. We can't prove otherwise, but it's more a remark about gay marriage, than the historical figure.

Elton John has form here. Like many celebrities, he seems to understand Jesus as a distinguished member of his entourage, one for whom he will always make VIP tickets available, and who agrees with him about everything important.

Jesus, like John himself, was "a compassionate super-intelligent gay man who understood human problems", as he told Parade magazine a couple of years ago. Now he has explained that Jesus was both "a great person" and "a Christian" person, "who was all about love and compassion and forgiveness".

Certainly Jesus must have been shocked to learn that he was a "Christian", when he was already turned into one in the decades and centuries after his death. He thought he was a Jew, who worshipped God and not himself: he doesn't even seem to have been bothered much by the niceties of Trinitarian theology.

Yet history is powerless against the force of story. Once Jesus is established as a shorthand figure for the perfectly compassionate man, talking about what Jesus would have done or not gets entirely detached from history. It becomes a way of talking about the demands of compassion and of justice.

John's remarks expose the paradox at the heart of the difficulties that Christians have with homosexuality. Looked at historically there's very little reason to suppose that Jesus, if he ever thought or talked about the subject (and we know nothing at all that he said about it) would have taken the modern liberal line. It's like supposing that he would have believed in evolution. The perfect man would do so, because it's true; but a Jew in first century Palestine would not have done, because no one then did.

Yet if a historical perspective suggests that Jesus had no comfort for gay people, there's no doubt that huge numbers of them love him. Considered as an icon, Jesus embodies justice and reconciliation and humility, all of them perhaps especially attractive to lonely adolescents, as many gay people were. Compassion is a quality that people want from God, since there is clearly not enough of it in the world. And if Jesus was God, then he must have been infinitely compassionate, as John supposes. The angry and sometimes bitingly sarcastic young man of the gospels is really not the God that anyone wants very much to worship.