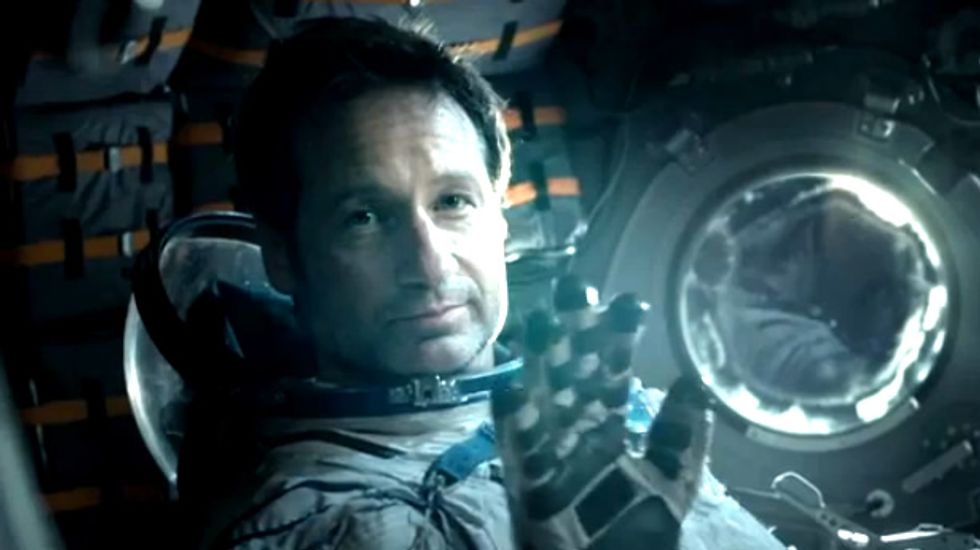 US actor David Duchovny has stirred up a storm of debate in Russia by appearing in an ultra-patriotic beer ad in which he fantasises about being Russian.

The "X-Files" and "Californication" star appears in a glossy ad for a Russian beer brand that is inspired by his eastern European origins.

"There is another country, where I got my family name from, and sometimes I wonder, what if things turned out differently, what if I were Russian?" the actor says in the ad posted Friday on YouTube.

Duchovny has said in interviews that his father had Polish and Russian roots but recently wrote on Twitter that he is in fact Ukrainian.

In the ad set to Soviet rock hits, the actor is shown as a ballet choreographer, a cosmonaut, a rock star or an ice hockey player and experiencing Russian traditions such as the banya, or steam bath.

"Being Russian, I'd have many things to be proud of," he concludes in the ad.

Deputy prime minister Dmitry Rogozin, who oversees defence, posted a link to the ad on Twitter, saying: "If you forget about what it is advertising, as a whole it's made with love."

But US news site Globalpost.com slammed Duchovny for appearing in what it called a "poorly timed, nationalistic ad" released shortly after the Malaysian airliner was downed in Ukraine.

Rossiya-24 state television in turn criticised Duchovny for appearing in the ad after calling himself a Ukrainian.

"That didn't stop the actor from appearing in an ad with a huge budget about pride in the Russian motherland," a Rossiya-24 newsreader said acidly.

In April Duchovny wrote on Twitter: "I grew up thinking I was Russian only to find recently that I've been Ukrainian all along. Never too late to change."

Much of present-day Ukraine was part of the Russian Empire.

The ad was one of the top trends on Russian Twitter over the weekend and has been viewed more than 900,000 times on YouTube.

Some viewers said they found the ad moving but others criticised Duchovny for taking part.

"Has David Duchovny gone completely mad? Maybe he'll be next to get a (Russian) passport after Gerard Depardieu," wrote one Twitter user, Tatyana Samosudova.

Duchovny is not the only Western star to appear in made-for-Russia ads. Bruce Willis advertises a bank while Depardieu has promoted a bank and a kitchen chain since gaining Russian citizenship in 2013.