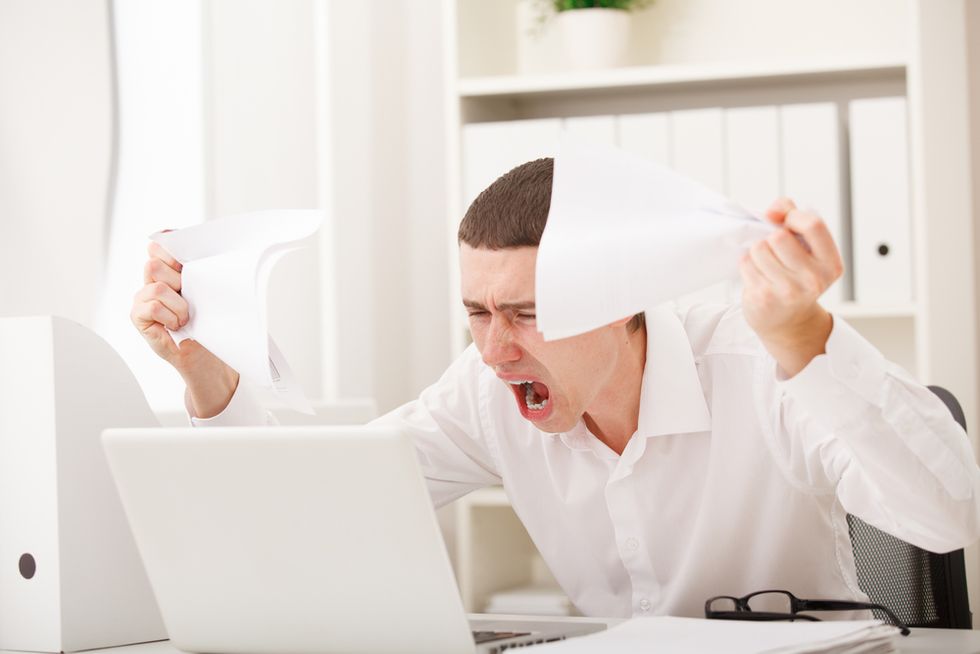 Wikipedia, the online encyclopedia, has once again blocked all computers from the U.S. House of Representatives in order to stop malicious edits to popular pages on the site.

According to The Hill, Wikipedia instituted the ban on Wednesday night after users operating from the House IP address made a series of anti-trans edits to the page for Netflix series Orange is the New Black.

Anonymous users operating from the Republican-led House were persistently re-editing the page to slur trans actress Laverne Cox by mis-gendering her mentions on the show's page. For instance, they changed Cox's description from "real transgender woman" to "real man pretending to be a woman."

One user in particular went on an anti-trans editing spree this week, changing entries on multiple pages related to transgenderism until Wikipedia administrators were forced to step in.

“An obvious transphobe is using this IP to edit the article on transphobia,” the Hill quoted one Wikipedia user as saying.

“I have no problem with Congressional staffers editing Wikipedia,” said another user to the anti-trans editor. “I have a problem only with YOU vandalizing Wikipedia.”

The person using the IP address responded -- without revealing their identity -- that the malicious edits were in fact "official business” endorsed by a member of the House. Their changes, they said, were intended to bring "fairness" to the discussion.

“There's nothing illegal about editing Wikipedia to promote official business that has been explicitly authourized [sic] by the Representative,” the user wrote.

“When you have other Representatives trying to push for laws such as [the Employment Non-Discrimination Act]," the user continued, "or when you have the [European Union] using neocolonialist methods to impose transgenderism on the nation of Georgia through a visa agreement, it's all the more important.”

Wikipedia administrator Fran Rogers said that if the user would like to be unblocked, they can open an account with their name on it.

This is the third time this summer that administrators have had to block anonymous editors using House computers on grounds of “disruptive editing.”

After this most recent banning, the outlawed anti-trans user wrote, "Blocked because I disagreed with the trans-lobby? These days, If I complain about a man using the womyn's restroom then I'm cosidered transphobic and get called a TERF. This has been happening a lot lately here in the halls of Congerss. If feeling uncomfortable about some creeper coming into the same bathroom as me is considered transphobic, then why is transphobia considered a bad thing? I wouldn't be surprised if the Admin who banned this IP is trans. If she is a real woman, then she should should be following real Feminists like Julie Bindel, not sellouts to the trans lobby like Anita Sarkeesian. People need to understand that transgenderism is being promoted by the Patriarchy to diminish the experiences of real womyn."

The edits were brought to the attention of Wikipedia administrators by the pro-transparency Twitter account @CongressEdits, which tracks alterations made to Wiki pages by users of computers operating from the House domain.

Other recent attempts to re-edit pages include another anti-trans attack on the Orange is the New Black page, an edit on the page devoted to the epithet "tranny," changes on the page dedicated to Gender Identity Disorder, and others.

Wikipedia prefers users not to make anonymous edits at all and administrators told the Hill that they always welcome genuine efforts by legislators and policy-makers to explain legislation and policies.

[photo of man having tantrum at computer via Shutterstock.com]