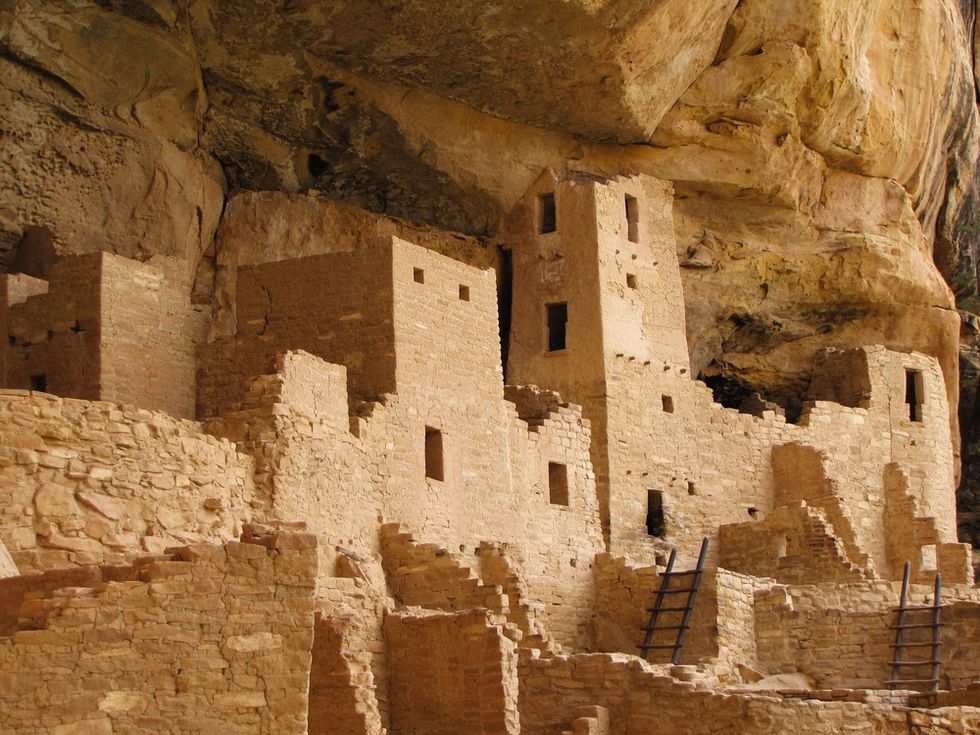 After building a thriving society over centuries, one Native American society in the 12th century underwent a violent collapse that left the southwestern region of what is now the U.S. virtually depopulated.

According to a report from WSU, the years between 1140 and 1180 A.D. were the bloodiest per capita years on North American soil, with an astonishing nine of ten corpses exhumed from the era showing signs of death by traumatic injuries to the head and arms.

“If we’re identifying that much trauma, many were dying a violent death,” said lead author Tim Kohler.

"The central Mesa Verde and the northern Rio Grande regions housed two of the densest populations of prehispanic Pueblo peoples in the North American Southwest," wrote the study authors in the journal American Antiquity. "We plot incidence of violent trauma on human bone through time in each region. Such violence peaked in the mid-A.D. 1100s in the central Mesa Verde, and in general was higher through time there than in the northern Rio Grande region."

While the population of the Rio Grande region swelled alongside the Mesa Verde society's, the widespread violence that spread through the northern population never spread to the Rio Grande.

The study of the two populations, said Kohler, offers insights into what makes a culture of violence take root in one society over another, as well as what may have led to the rapid depopulation of the Pueblo region from about "40,000 people in the mid-1200s to none 30 years later."

Both the Rio Grande and Mesa Verde cultures blossomed and experienced a "precolonial baby boom" when nomadic cultures adopted agricultural practices and settled their respective regions. However, in the Rio Grande region, people began to specialize their labor in ways that made large swaths of society dependent upon each other.

“When you don’t have specialization in societies, there’s a sense in which everybody is a competitor because everybody is doing the same thing,” said Kohler to WSU science writer Eric Sorensen.

Kohler pointed to the theories of psychologist Steven Pinker, who said that the "gentle commerce" of an interdependent society is the glue that holds potentially fractious groups together.

“Pinker thought that what he called ‘gentle commerce’ was very important in the pacification of the world over the last 5,000 years,” Kohler said. “That seems to work pretty well in our record as well.”

Instability came to the Mesa Verde society when the people of the Chaco culture attempted to invade and subdue the population living in what is now western Colorado. For about 50 years, Chaco culture dominated the region, but a massive drought in the mid-1100s caused Chaco society to collapse, sending shockwaves of violence out in all directions, followed by a steady mass exodus away from the region, leaving the once-mighty Pueblo cities largely abandoned and vulnerable to nomadic raiders.

"Violence generally declined through time in the northern Rio Grande until the arrival of the Spanish, even as populations increased," said the study authors in American Antiquity.

"We propose that this decline was due to the combination of increased social span of polities, the importance of inter-Pueblo sodalities, the nature of religious practice, 'gentle commerce,' and increased adherence to a set of nonviolent norms," they concluded.