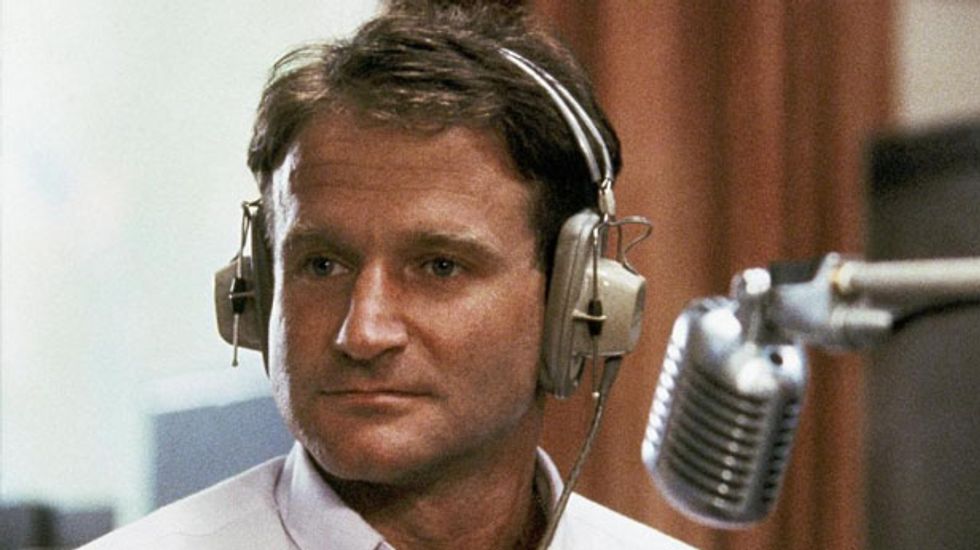 "Whatever the motivation, there are those who have simply made a choice to walk away from the homosexual lifestyle, without clinical help -- much like how Robin Williams simply stopped using drugs and alcohol in the 1980's," Peter Sprigg wrote on the organization's blog on Monday. "Others have sought professional help, perhaps at the urging of family members, in the form of 'sexual reorientation therapy' -- much like when Williams entered a formal alcohol rehab program in 2006."

Sprigg accused "homosexual groups" of pressuring medical organizations like the American Psychological Association (APA) into denouncing this type of therapy, which has already been banned in California and New Jersey, by enacting unrealistic success standards that are motivated by ideology rather than scientific data.

"If it is tolerable for some people to try to change from 'gay' to straight -- and for others to help them with the process -- that might imply that it is tolerable to believe that there is something wrong with homosexuality itself. For ideological reasons, that is a belief that homosexual activists want stamped out at all costs," Sprigg wrote.

He argued that, because Williams entered rehab six weeks before committing suicide on Aug. 11, that drug and alcohol counseling programs would be banned if held to the same standards as "ex-gay" therapy. Williams' wife revealed after his suicide that he was suffering from depression and the early stages of Parkinson's disease at the time.

Sprigg did not mention, however, that the APA stopped classifying homosexuality as a mental disorder in 1973, decades before the current surge in popular and legal acceptance of marriage equality around the country. He also failed to disclose that, as CNN's Anderson Cooper pointed out this past June, nearly 500,000 mental health professionals have criticized "reparative" therapy.

"The reason addicts seek or are referred to rehab for substance abuse is because addiction is clearly inhibiting their ability to live their lives," Slate's J. Bryan Lowder noted. "Meanwhile, the only thing inhibiting gay people from living openly and happily is people like Sprigg, people who suggest that homosexuality is anything other than a natural, perfectly healthy variation of human sexual expression."