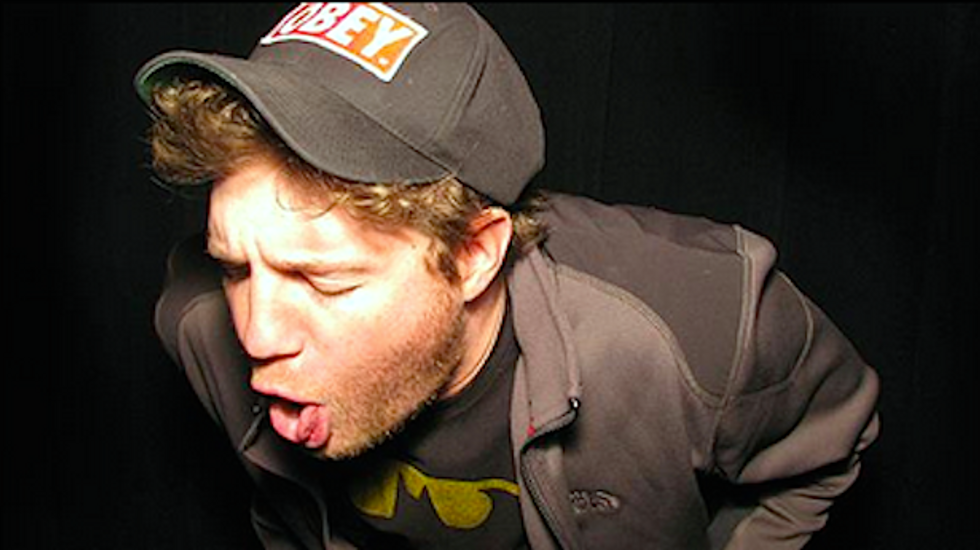 A Colorado man overdosed on the psychoactive ingredient in marijuana after eating chocolate bars obtained from a fairground vendor promoting the drug but whose products should have been cannabis-free, court documents showed.

Colorado last year became the first U.S. state to begin the regulated sale to adults of marijuana for recreational use.

This year's County Fair in the state capital Denver included exhibitors selling marijuana-themed merchandise and other products at a "Pot Pavilion," where Jordan Coombs said he was given the confections.

“I wouldn’t have eaten a bunch of chocolate with pot in it with my four and 2-year-olds with me,” Coombs told KCNC-TV. “That’s not my idea of a good time.”

In a negligence lawsuit filed in state court on Thursday, Coombs said he was hospitalized after ingesting the chocolate, which was handed out by staff at an exhibition booth for LivWell, a Denver-based marijuana retailer.

"I felt like I was having a heart attack," Coombs said. "I started having convulsions and freaking out and said, ‘We’ve got to get to the hospital right now.'"

Coombs said he "projectile vomited" in his car and that emergency room physicians diagnosed him "as overdosing on THC," the psychoactive ingredient in marijuana, the lawsuit said.

LivWell did not immediately respond to requests for comment.

The fair said in its promotional advertising that no actual marijuana would be allowed on the grounds, the lawsuit said.

"During our event we had a very strict policy that all of our vendors agree to, banning all marijuana ... products from the fair," Denver County Fair officials said in a statement.