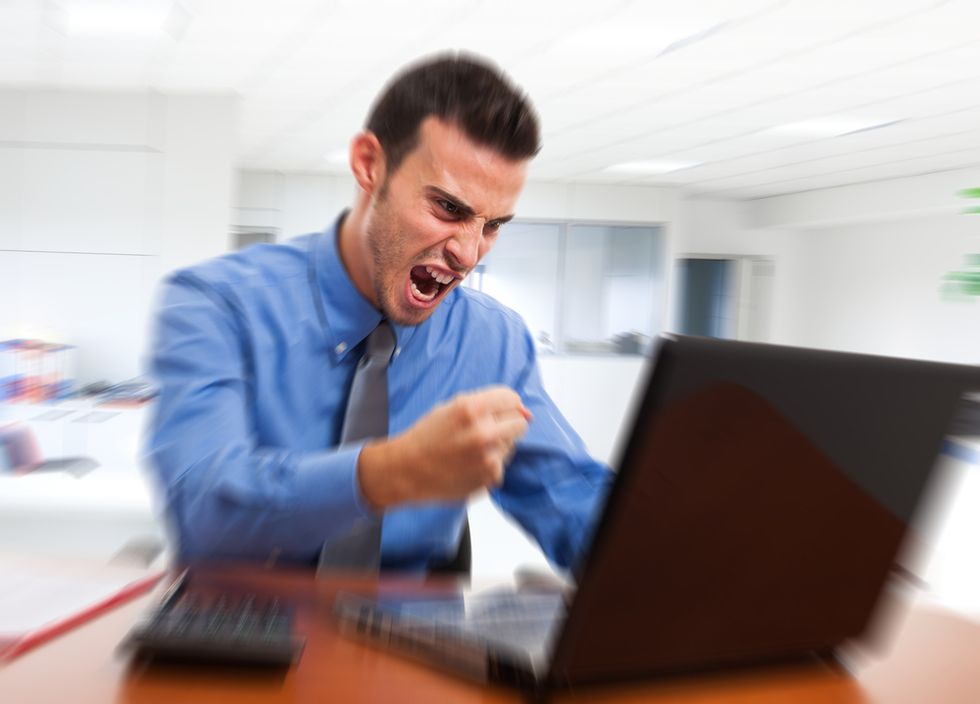 A Washington, D.C.-based think tank took umbrage at a message by human rights group Amnesty International that was posted on the social medium Twitter.

According to Mashable, the person operating the Twitter account for the Center for Strategic and International Studies (CSIS) told Amnesty to "suck it" over a suggestion that the U.S. examine its own human rights abuses as evinced in the embattled city of Ferguson, Missouri.

On Monday, the Amnesty, International Twitter account posted the message, "U.S. can't tell other countries to improve their record on policing and peaceful assembly if it won't clean up its own human rights record."

"Your work has saved far fewer lives than American interventions," CSIS tweeted back. "So, suck it."

Not long after, CSIS apologized, writing "Our sincerest apologies to @Amnesty & our followers. Our last tweet was sent in error. We're reviewing internal policies for social media."

Ten days ago, police gunned down unarmed black teen Michael Brown when he refused to comply with an order to stop jaywalking and move to the sidewalk. Since then, the St. Louis suburb, which is 65 percent African-American, has been riven with nightly protests, protests that turned violent. Crowds clashed with the town's heavily militarized police force, which fired tear gas, smoke bombs, rubber bullets and wooden projectiles into the crowds of protesters.

Amnesty, which is dedicated to fighting human rights abuses around the world, sent 10 observers to Ferguson, which the group's U.S. director Steven Hawkins, said was "unprecedented" in Amnesty's history.

"Law enforcement, from the FBI to state and local police, are obligated to respect and uphold the human rights of our communities. The U.S. cannot continue to allow those obligated and duty-bound to protect to become those who their community fears most," Hawkins said in a press release.

CSIS is known as one of the foremost organizations in the world regarding security and international affairs. The bipartisan think tank was founded in 1962 and has dedicated itself to the study of trade, war and politics among the world's nations.

Amnesty International has only investigated human rights abuses in the U.S. once before, when it issued a report on the deplorable conditions in Arizona Sheriff Joe Arpaio's tent city jails. Arpaio, the group said, was violating international standards of behavior toward incarcerated persons.

That report was spawned in part by a series of articles on prisoner abuse in Maricopa county by Raw Story's current executive editor, Tony Ortega. The articles appeared in the Phoenix New Times in the spring and summer of 1999.

[image of angry man shouting at computer via Shutterstock.com]