Dept. of Agriculture: Researchers are close to creating an allergy-free peanut 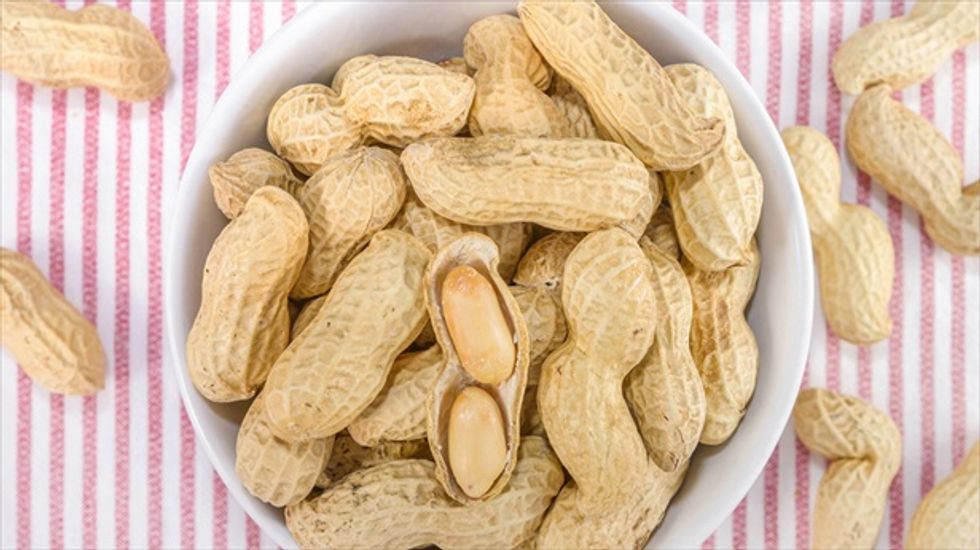 WASHINGTON (Reuters) - A new method for removing allergens from peanuts means help could soon be on the way for the roughly 2.8 million Americans with a potentially life-threatening allergy to the popular food, the U.S. Department of Agriculture said on Tuesday.

In a blog post, the agency said researchers at North Carolina A&T State University have found a way to reduce peanut allergens by 98 percent to 100 percent by focusing on certain proteins that can trigger food-related anaphylaxis, a severe, whole-body allergic reaction.

The university has signed an agreement with Xemerge, a Toronto-based firm that commercializes emerging technologies in food and agriculture, to research the marketing potential of hypoallergenic peanut products.

"This is one of the best technologies in the food and nutrition space we have seen,” Johnny Rodrigues, chief commercialization officer of Xemerge, said on the university's website. “It checks all the boxes: non-GMO, patented, human clinical data, does not change physical characteristics of the peanut." "GMO" stands for "genetically modified organism."

The treatment is effective whether peanuts are whole, broken into pieces or ground into flour, USDA said. It has also shown promise in wheat, one of the top eight food allergens in the United States, and tree nuts.

USDA's National Institute of Food and Agriculture supported the research with funding through an Agriculture and Food Research Initiative grant.

The process consists of pretreating shelled and skinless peanuts with a food-grade enzyme. This post-harvest process does not change the peanut’s shape or cause lipid oxidation – a key consideration when determining a product’s shelf life.

“Peanuts are increasingly used in food products, which make it difficult for the allergic individuals to avoid accidental exposure. Therefore, it is very important for us to find a way to make peanuts less or non-allergenic,” Yu said.

Peanuts cause serious allergic reactions in about 0.9 percent of the U.S. population, including about 400,000 school-age children.

Anaphylaxis symptoms can include difficulty breathing, low blood pressure, swelling of the tongue, eyes or face; stomach pain, nausea and vomiting; skin rashes, blisters, itching, inflammation, and pain; and in some cases death.

The average U.S. consumer eats more than six pounds of peanuts and peanut products each year, according to USDA, with more than half of that in the form of peanut butter. Peanuts consumed in candy and as snacks are also popular.

The amount of peanut butter eaten in the United States each year could wrap the Earth in a ribbon of 18-ounce jars one and one-third times, according to the National Peanut Board.