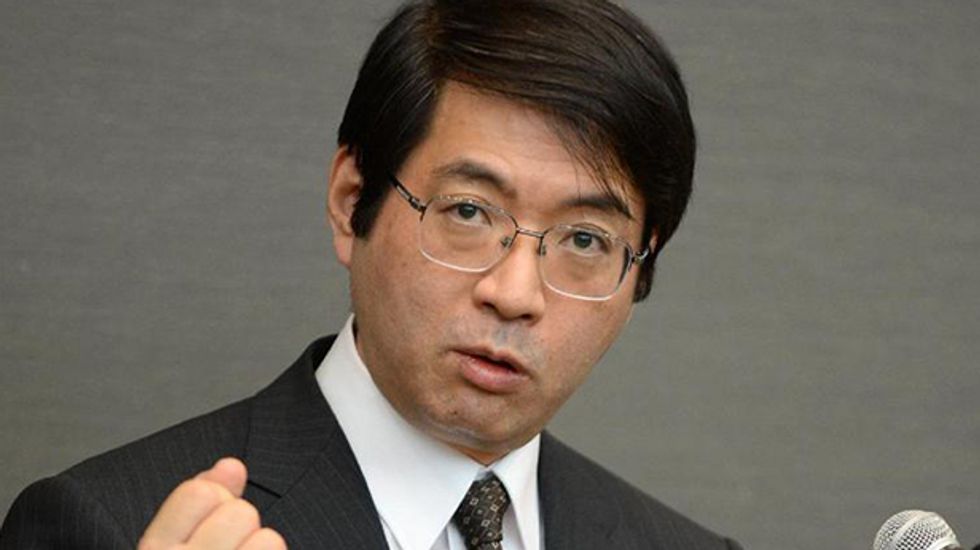 A renowned Japanese stem cell scientist who co-wrote research that was later retracted in an embarrassing scandal has been found dead in an apparent suicide, police and officials said Tuesday.

The body of Yoshiki Sasai, 52, was discovered hanging inside the stairwell of a building that houses the Riken Centre for Developmental Biology, one of the country's most prestigious scientific research institutions.

The office is in the western city of Kobe.

"Yoshiki Sasai was discovered hanging on Tuesday morning inside one of Riken's research buildings and, after being sent to hospital, he was confirmed dead at 11:03 am," a spokesman for the Hyogo Prefectural police told AFP.

"Police are investigating the case as a suspected suicide."

A Riken spokesman later confirmed Sasai's death was suicide, and told reporters: "We were aware that (Sasai) had been mentally and physically exhausted."

He added that authorities discovered "farewell notes" the scientist had left behind, with public broadcaster NHK reporting that one was left for researcher Haruko Obokata.

Sasai mentored the 30-year-old Obokata, who unveiled a study earlier this year that was hailed as a "game-changer" in the quest to grow transplant tissue in the lab.

But the feted research unravelled amid claims Obokata used fabricated data in her research.

Leading science journal Nature said last month it had withdrawn the study after mistakes were discovered in some data published in two papers, among other problems.

In the aftermath of the scandal, Sasai was accused of failing to properly supervise Obokata. He later apologised.

The Riken spokesman said Obokata had been told of her mentor's death.

"I understand she was very shocked," he added.

Obokata is taking part in new experiments aimed at verifying her earlier findings.The young scientist has acknowledged mistakes were made, but insisted the results of her study were still valid.

"Dr Sasai was a leading contributor in the field of regenerative medicine."