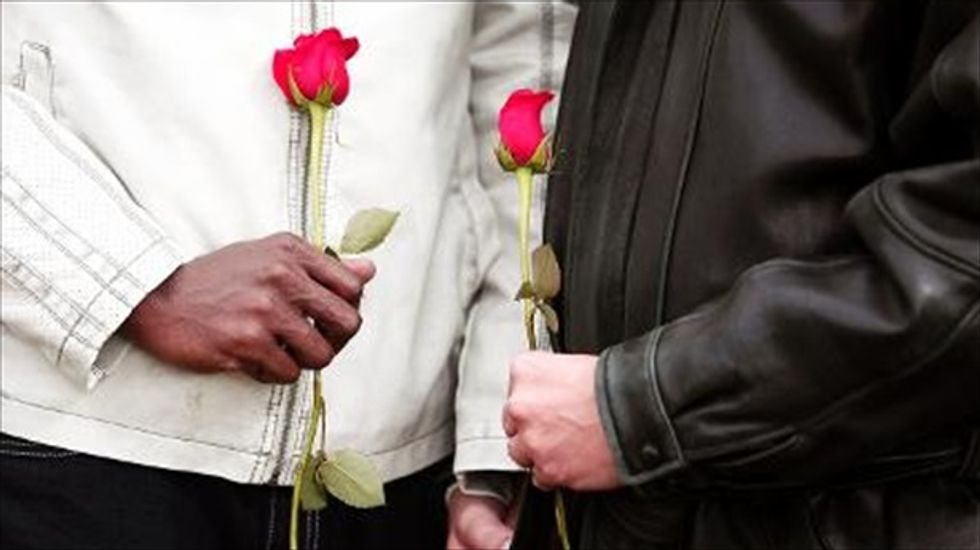 In a sign that gay-marriage rights could lose momentum in U.S. courts, the three judges on a federal appeals court in Cincinnati appeared divided on Wednesday when they weighed cases from four states.

Since a U.S. Supreme Court ruling in June 2013, more than 20 courts in succession have ruled in favor of gay marriage. Based on the oral arguments that took place on Wednesday, the 6th U.S. Circuit Court of Appeals may not follow suit.

The court's consideration of the issue comes at a crucial stage in the legal fight over gay marriage. Experts anticipate that the Supreme Court will take up one or more cases in its term beginning in October and running until June 2015.

Lawyers, plaintiffs, and reporters packed the ornate, wood-paneled Cincinnati courtroom during three hours of hearings. Several spectators had babies on their laps. Beforehand, a small group of gay rights activists gathered on the street outside the courthouse.

The three-judge panel, two Republican appointees and one Democratic, was considering six cases that have worked their way up from lower courts in Michigan, Kentucky, Ohio, and Tennessee.

As with other cases around the nation, the court must weigh individual rights versus the power of states to define marriage.

Republican appointee Judge Jeffrey Sutton repeatedly questioned whether voters, rather than courts, should decide whether gay marriage is legal.

Sutton is respected within legal circles and his views could help sway the five conservative members of the Supreme Court.

The third judge, Deborah Cook, gave fewer indications of where she stood. But like Sutton, Cook indicated that deference should be given to voters.

The first hour of oral arguments focused on a legal challenge to Michigan's gay marriage ban. Sutton questioned whether the gay rights movement would value a potential court decision in its favor, even from the Supreme Court, as much as successful state-by-state efforts to repeal bans on gay marriage by legislation or at the ballot box.

"Maybe there's something I'm missing, but I would have thought that the best way to get respect and dignity is through the democratic process," he said.

He said such an approach "seems to be going pretty well," a reference to the 11 states where gay marriage has been approved by either state legislatures or ballot initiatives.

Cook also focused on the democratic process, saying the state could argue that court intervention "disparages the voters of Michigan," who approved the ban in 2004.

In apparent support of plaintiffs challenging the ban, Daughtrey pointed to the 19 states where gay marriage is already legal, saying the experience of people in those states undercuts arguments made by Michigan and other states in support of bans.

"It doesn't look like the sky has fallen in," she said.

In separate remarks that would have given some encouragement to gay rights supporters, Sutton said marriage today is viewed as being more focused on "love, affection and commitment” than procreation. As such, “it does start to get a little difficult” for states to justify why one group can get married, but not the other, he said.

In addition to deciding whether state bans in Michigan and Kentucky should be upheld, the court is also considering whether Kentucky, Ohio, and Tennessee should be required to recognize gay marriages that take place in states where it is legal. The court seemed similarly divided on that issue.

In all the cases argued on Wednesday, lower court judges sided with gay rights advocates either by striking down state bans on gay marriage, or by requiring state governments to recognize gay marriages from states where they are legal.

The Cincinnati-based court is the third federal appeals court to take up gay marriage since June 2013. That was when the Supreme Court, ruling in United States v. Windsor, struck down the federal Defense of Marriage Act and extended spousal benefits available under federal law to same-sex married couples.