Georgia man threatens black kids at bus stop over noise: 'This bullet has your name on it' 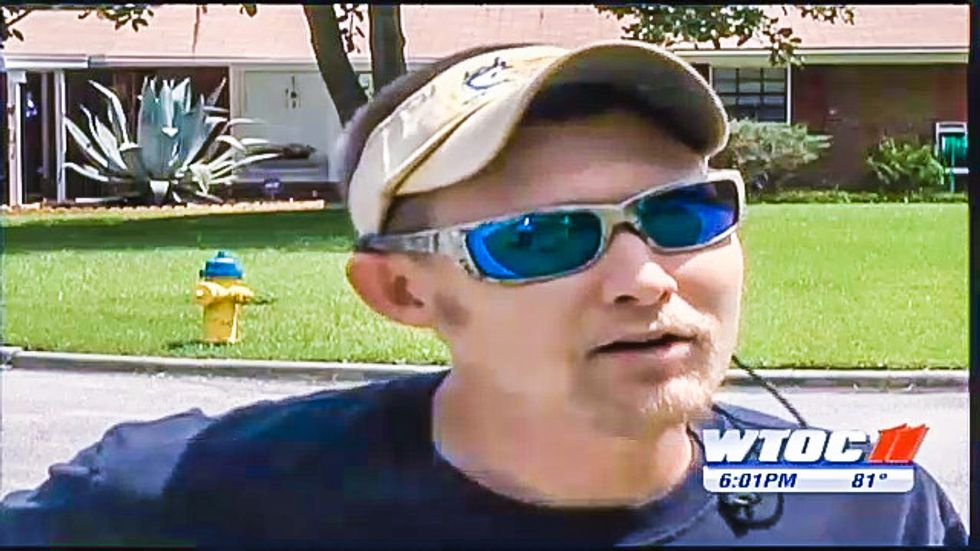 A Georgia man was arrested late last week for brandishing a gun at children who were waiting for their bus, telling them he had a bullet with their name on it.

WTOC reported that a group of middle and high school students in Chatham County told Campus Police and Savannah Metro Police that a man approached them at the bus stop because they were being loud and rowdy.

"He came out and he was really approaching the kids - you know cussing and using profanity," one of the students at the bus stop recalled. "He came out and said, 'I have a bullet with your name written on it."

The man, who was identified as 28-year-old Jason Zimmerman, denied that he ever threatened the kids.

"That is ridiculous. I don't know why they would say that or where they came up with that," he insisted.

According to Zimmerman, he came outside to tell the students to be quiet, and when they began to use foul language, he went inside to call police.

"I turned around to go walk up to my house to get my cell phone to call the police and he ran home, I guess because he could see my gun," he said. "I never reached back for my gun, I never touched my gun at any time."

Students told WSAV that Zimmerman, who has a concealed carry permit, tried to frighten them by showing them bullets in the gun.

"There is no way that I could have taken this out and they seen it, they would have known what color it was," Zimmerman insisted. "That's the only way that I can get it out to get the magazine out to get a bullet out of the gun."

"I understand that they are kids," he added. "I've been there, done that, what upsets me is they're not respectful enough to go down [the street] and do it where no one lives."

Zimmerman also said that a father of one of the children had shown him his gun.

About 12 hours after the incident, Savannah-Chatham Metropolitan Police charged Zimmerman with terroristic threats. Police said that they interviewed about 20 students during the investigation.

Over the weekend, mother Rhonda Harris told WJCL that she was shocked to learn Zimmerman had threatened her two children.

“Immediately, I was just outraged, I was upset and I just couldn’t understand why he would come outside with a gun to complain about noise,” Harris explained. “These children range from the ages of 11 to 14, and I mean, what was going to be the course of action because of the noise? Were they going to get shot?”

Former Democratic strategist and infamous southerner James Carville bashed Republicans for their behavior during the State of the Union Address on Tuesday, calling them "white trash."