'Go back to Africa,' man yells as he films his own drive-by racist tirade in Ferguson 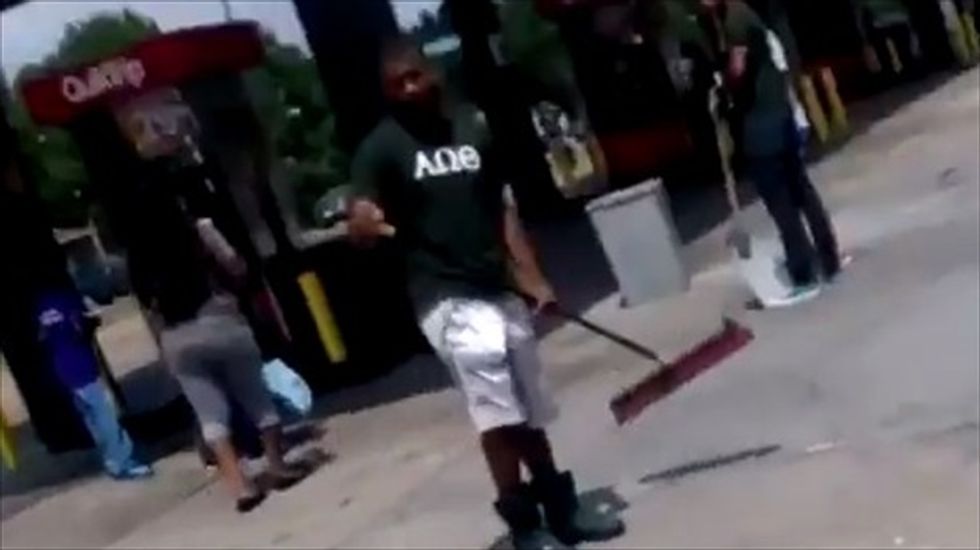 An unidentified Missouri man posted, then took down, video of himself spewing insults and racial slurs while driving past a group of Black residents in Ferguson, Crooks and Liars reported.

"If it was a white person, nobody would care," the man can be heard saying while passing a local convenience store that was vandalized during the two nights of demonstrations and looting following the shooting death of 18-year-old Michael Brown. "F*ck y'all."

The video was originally posted on Tuesday by a user calling himself "Brandon," who described it by calling the motorist a "Crazy white guy driving a 2014 yellow Camaro. He was filming and dropped his camera so I wanted to post this to the world." It was later taken down but resurfaced after being posted by another user.

"Look at all this trash," the man can be heard saying while passing by a man sweeping up the store parking lot while wearing what appears to be a fraternity shirt. "And you call yourselves educated. That's why you're in north county."

As the car makes its way through the parking lot, an unidentified woman yells at the man to leave the area, to which he responds, "Go back to Africa. If it was a white person, nobody would give a f*ck. Look at that n*gger."

The car then leaves the parking lot and makes its way back into regular traffic as the man continues berating the demonstrators.

The video follows sporadic reports of racist language being hurled at protesters in the wake of the fatal shooting of Brown by a local police officer. Reuters reported that authorities backed out of their plan to reveal the identity of the officer who shot Brown, citing fears of retaliation.