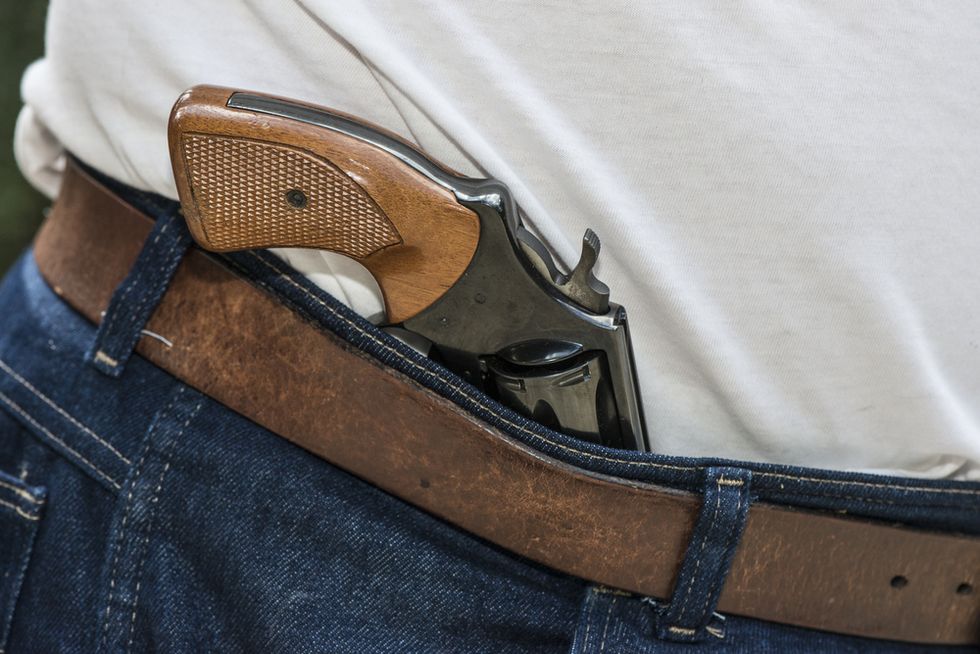 Police believe a man outside a bar in Georgia accidentally shot himself in the hand, and the same bullet killed a woman across the street.

Police on Saturday responded to a call of shots fired outside the Old Heidelberg restaurant and bar, and found 53-year-old Glenn Patrick Lampien sitting on a bench, according to the Atlanta Journal Constitution. Lampien was bleeding from a gunshot wound to his hand.

Officers soon learned that a Texas woman across the street had been shot by the same bullet that traveled through Lampien's hand. Attempts to save the woman at the scene were not successful, and she was pronounced dead.

A statement from police on Sunday said that Lampien would be charged with involuntary manslaughter.

Employees at the Old Heidelberg said that they have been instructed not to talk about the case, and would not confirm if Lampien had been drinking before the incident. Less than two months ago, Gov. Nathan Deal (R) signed House Bill 60, which allows guns to be carried in bars and other places.

Lampien’s wife told the Atlanta Journal Constitution that she had not been with her husband when the shooting happened on Saturday night.

“I don’t know what happened myself,” she insisted. “It’s an unfortunate situation.”

All evidence in the case had been turned over to the Georgia Bureau of Investigation, which will assist in the investigation.

[Photo: Gun in waistband via Shutterstock]