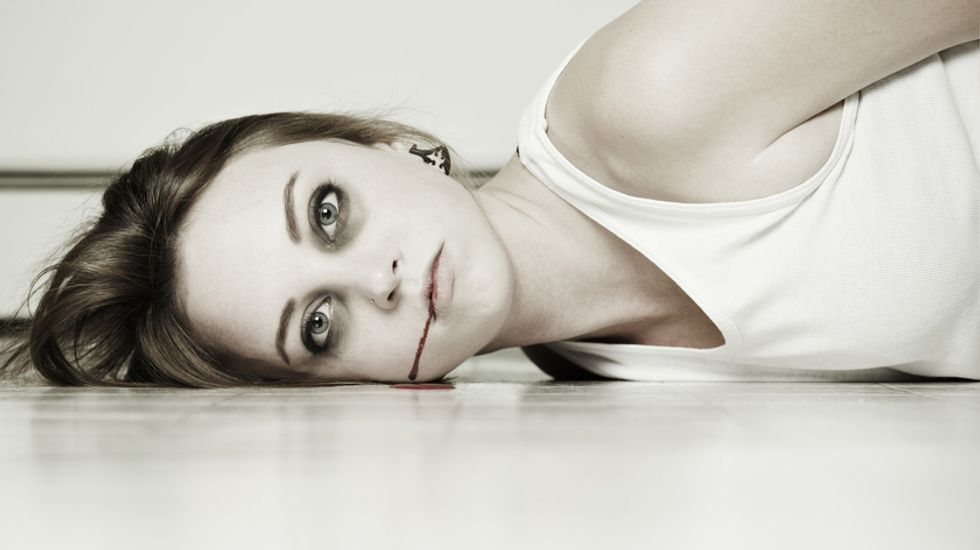 A 42-year-old St. Louis woman filed a federal civil suit against not only local police, but court personnel for arresting her and putting her in jail even after realizing that the actual person they were looking for was dead, Courthouse News reported.

Shannon Renee McNeal's lawsuit argues that she was arrested in front of her children in August 2009 on a warrant for felony drug possession charges that was actually meant for Shannon Raquel McNeal, who had been killed three months before the warrant was approved. Shannon Renee McNeal was subsequently jailed on a $20,000 bond despite her fingerprints not matching those of the dead suspect, who was also 13 years younger than her.

"The booking officer acknowledged that plaintiff's fingerprints did not match but plaintiff was told that she would have to have [police] sort it out since they were the entity that issued the warrant for her arrest," the suit stated.

A county clerk also allegedly confirmed the officer's mistake, but Shannon Renee McNeal was still transferred to the city's department of corrections and assigned a caseworker. After the caseworker also confirmed she was not the suspect, McNeal was allegedly told to retain her own attorney -- which she could not afford -- or notify prosecutors herself.

The suit states that McNeal was kept in jail for two days despite the multiple confirmations of her innocence, during which time she was sprayed with pesticides that burned her stomach and back, before being released on the orders of Circuit Judge Thomas Frawley.

McNeal also argues that she lost her job on account of the mistake, and that the felony charge is still attributed to her on some public databases despite her paying to expunge it from her criminal record. The suit calls for authorities to "develop and implement adequate training programs for its officers and employees about citizen's rights under the Fourth Amendment" and seeks punitive damages for both violating her rights under that amendment and for false arrest and imprisonment.

The case was first brought to light by a St. Louis Post-Dispatch report last year showing that McNeal was one of about 100 people who spent at least 2,000 days in jail after police mistakenly arrested them due to clerical errors. In McNeal's case, a clerk identified her under the wrong name two years before her arrest while setting up authorities' file on Shannon Raquel McNeal.

"Almost all the mistakes could have been prevented — or at least fixed immediately — had authorities paid attention to what fingerprints tried to tell them from the start," the Post-Dispatch's report stated. "Officials' reaction to McNeal: It was her own fault, because if her name had not been in a criminal justice database, the mistake could not have been made."

Local officials later "questioned the accuracy" of the Post-Dispatch investigation, but did not provide any data that could dispute it.

"There are those who will say that the problem has been fixed, but we've seen little evidence of that," Shannon Renee McNeal's attorney, Jim Hacking, told the Post-Dispatch this week. "No substantial changes have occurred since we've started investigating and filing lawsuits over this type of conduct."