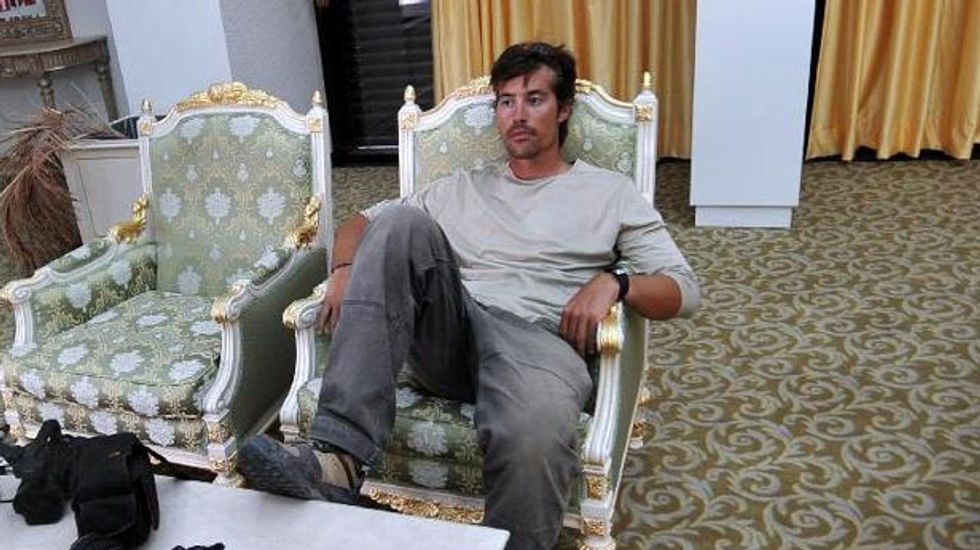 Journalist James Foley's jihadist captors sent his family a taunting and rambling email threatening to kill him, just a week before making public a video of his execution, the American reporter's employer said Thursday.

GlobalPost said it released the full text of the email from Islamic State (IS) militants "in the interest of transparency and to fully tell Jim's story."

"We believe the text offers insight into the motivations and tactics of the Islamic State," it added.

The release comes after the GlobalPost told AFP that Foley's captors had demanded a ransom of 100 million euros -- $132 million -- for his release.

The email claims that "other governments" had accepted "cash transactions" for the release of hostages and says that the militants had offered prisoner exchanges for Foley's freedom, naming Aafia Siddiqui, the scientist jailed for 86 years for attempting to murder US military officers.

IS, which has marauded across large areas of Iraq in recent months, on Tuesday published a video showing one of its members beheading Foley.

Foley, a photojournalist, was reporting from Syria for GlobalPost and other outlets including AFP when he was abducted in November 2012.

Prior to disclosing the email, GlobalPost CEO Philip Balboni said the captors made contact with GlobalPost and the Foley family fewer than half a dozen times, and "the kidnappers never really negotiated" over their huge sum, but simply made their demand.

The US government opposes paying such ransoms, arguing that it only encourages more hostage-taking.

"We do not make concessions to terrorists. That includes: We do not pay ransoms," State Department deputy spokeswoman Marie Harf told reporters Thursday.

Such payouts, she added, would only serve to "fund and finance exactly the groups (whose capabilities) we are trying to degrade."

Balboni referred to the release of several European hostages by the extremist group earlier this year, likely upon payment of ransoms that were "dramatically less" than what the group sought for Foley.

The family and GlobalPost were seeking to raise money "in the range" of the amount paid for the other hostages, Balboni added, without mentioning a dollar amount.

Harf referenced the other countries' ransom payments to the group, saying that in 2014 alone, they amounted to millions of dollars, although she too did not provide a figure.

And she stressed that the US government "does not have contact with ISIL."

Balboni said he and the family provided all information about their search for Foley and their contact with his captors to authorities at the FBI and State Department.

After initial messages and the ransom demand, he said, the line of communication with the jihadists went cold until August 13, when they sent the terrifying message telling the Foleys that their son would be killed.

The Pentagon revealed Wednesday that US special forces were sent into Syria earlier this year to try to rescue American hostages but they came up empty-handed as the captives were not at the targeted location.

"This operation was a flawless operation, but the hostages were not there," Defense Secretary Chuck Hagel told reporters.