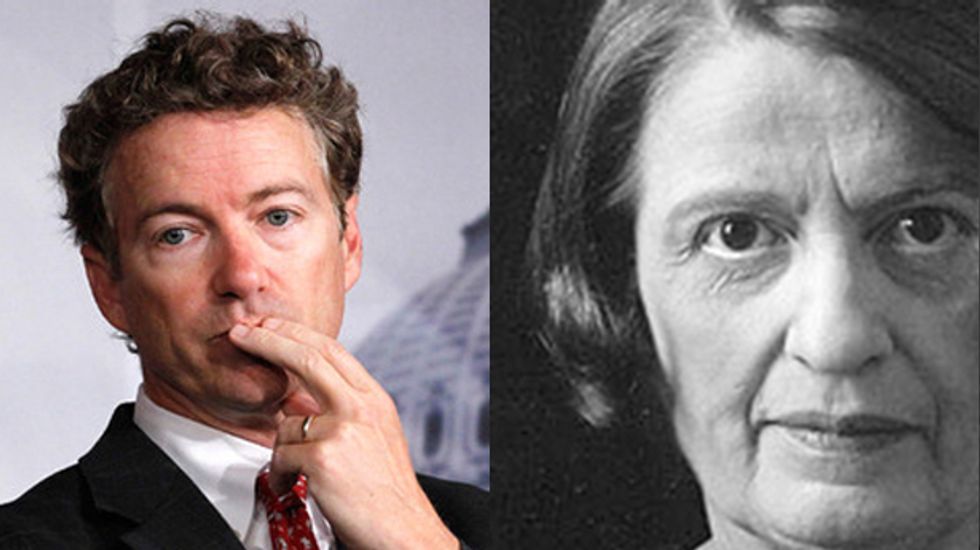 Comedian John Fugelsang ripped Sen. Rand Paul (R-KY) on Tuesday over the footage of Paul quickly distancing himself from an immigration activist during a fundraiser in Iowa.

"They can't win elections nationally without GOP voters," Fugelsang explained. "But in many cases, they can't win elections regionally without Latino haters. So this is the fine line they've got to walk. You need 60 percent of the Latino vote to get the White House, but to many congressmen and senators, helping them doesn't help them win their regional races at all. This is why they forget that Ronald Reagan was the one who gave amnesty to undocumented workers, and Barack Obama is considerably to the right of President Reagan on this issue."

Washington Post columnist E.J. Dionne criticized King for telling the crowd during the same event that he wasn't sure that Obama "could pass a citizenship test."

"They cannot let go of this citizenship birther kind of issue," Dionne told Schultz. "Steve King is way out to the right, and the Republican Party is following him on the DREAMers. And the fact is, if you look at what Americans think, overwhelmingly Americans are on the side of the DREAMers."

Watch the discussion, as aired on MSNBC on Tuesday, below.