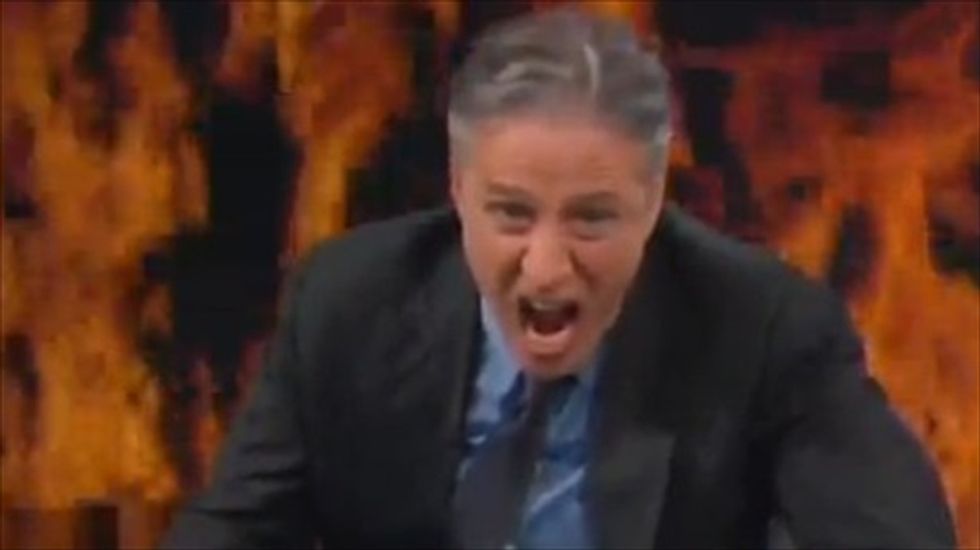 Stewart's barb came in response to Paul's own attempt at reciting a limerick during the event.

"There once was a woman from Kentucky, who thought in politics she'd be lucky," Paul told the audience. "So she flew to L.A. for a Hollywood bash, she came home in a flash with buckets of cash."

While Paul was swinging and missing, Stewart observed, McConnell seemed content to stand by impassively as Lundergan Grimes disparagingly compared him to the TV show Mad Men and accused him of giving up.

"He doesn't even move," Stewart said, laughing at McConnell's stoic expression. "Not a single twitch, nothing. Either Mitch McConnell has, through a years-long practice of controlled breathing and zen meditation achieved a deep, metabolism-slowing trance state, or that man is dead inside. Brother, she is ripping you to shreds. Blink."

Stewart could only shake his head in disapproval, however, at McConnell's retort -- a joke comparing President Barack Obama to children's literature character Flat Stanley for taking a lot of "selfies."

"Flat Stanley doesn't take 'selfies,'" Stewart explained. "Flat Stanley is a piece of paper. Mr. Stanley asks second parties to take those photos on his behalf -- they're not 'selfies.' What the f*ck is wrong with you guys?"