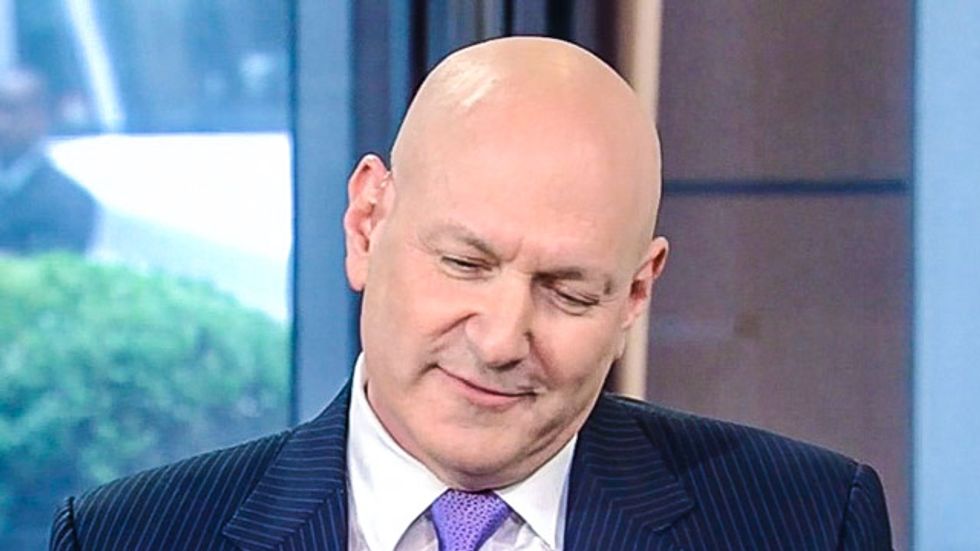 Fox News resident psychiatrist Keith Ablow on Thursday defended his previous assertion that First Lady Michelle Obama needed to "drop a few" pounds, and added that women at Fox News could stand to lose some weight too.

Earlier this month, Ablow told the four female hosts on Out Numbered that the first lady was not qualified to be giving nutritional advice.

The hosts gave Ablow a chance to defend his comments when he returned to the show on Thursday.

"Let's provide some context," he said. "The context was to remind people of the draconian standards set by the first lady in her school lunch program, such that children are throwing their school lunches away. They're inedible."

"And what I was reacting to was the hypocrisy, let me phrase it slightly differently," he continued. "For someone who has struggled with her own weight, which I think she would agree with, who has struggled. So many of us have. For someone like that to say we're going to set draconian standards."

Host Harris Faulkner interrupted to ask how the doctor knew that Michelle Obama had "struggled with her weight."

Ablow replied that he had seen "images online" that proved "she has struggled with her weight or chosen to be much heavier than at other points in the administration. Maybe she's chosen it."

"Maybe she didn't struggle, maybe she chose to be a larger woman."

Ablow then turned to the women hosting the show, and said that each of them "should lose five pounds," including himself.

"I'll tell you what the bottom line is," co-host Sandra Smith quipped. "In future appearances, maybe think about what you're going to say before you say it."

"It thought about it this time!" Ablow insisted. "Listen if I came here on the couch and had a drink and you smelled it on my breath, wouldn't you say, 'Hey, Keith, what's going on?'"

"I wish you were drinking now because that would explain this crazy behavior," co-host Kimberly Guilfoyle lamented. "Hell, no, you didn't just tell a Puerto Rican woman she needs to lose five pounds."