LAPD fatally shot an unarmed black man lying face down in the street, say his family 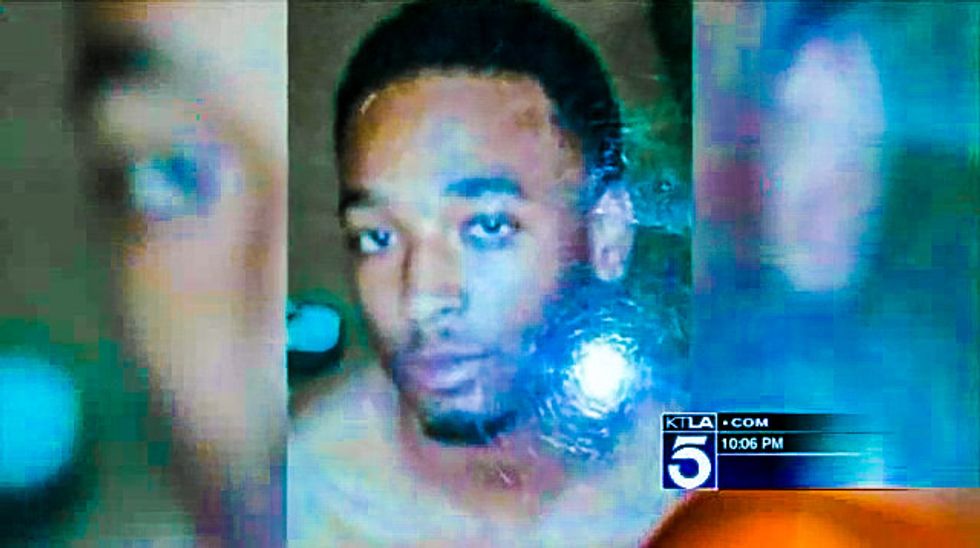 A rally has been organized for Sunday in front of the Los Angeles police headquarters to protest the shooting of an unarmed African-American man, whose family said that he was lying face down in the street when an officer pulled the trigger.

A statement released by the Los Angeles Police Department (LAPD) on Tuesday said that the incident occurred while an officer was conducting an "investigative stop" on Monday evening at around 8:12 p.m. The statement said that a "struggle ensued," and the officer opened fire.

The gunshot victim was transported to a nearby hospital, where he later died. Lt. Ellis Imaizumi had initially said on Monday that the officer sustained minor injuries, but the official statement indicated that no officers were hurt during the shooting.

Family of the deceased identified him to KTLA as 24-year-old Ezell Ford. The man's mother, Tritobia Ford, has described her son as "mentally challenged."

“My heart is so heavy,” Tritobia Ford told the station. “My son was a good kid. He didn’t deserve to die the way he did.”

A man who identified himself as a cousin said that he was laying down on the pavement, and the officer shot him in the back three times.

“They laid him out and for whatever reason, they shot him in the back, knowing mentally, he has complications," the man explained. "Every officer in this area, from the Newton Division, knows that — that this child has mental problems."

“The excessive force … there was no purpose for it. The multiple shootings in the back while he’s laying down? No. Then when the mom comes, they don’t try to console her … they pull the billy clubs out.”

“The killing of Ezell Ford — coming on the heels of the Michael Brown killing in Ferguson, Missouri — again raises the issue and problem of tense police-community relations,” the statement asserted. “This is the sole reason we have called for a meeting … to get all the facts in the shooting and for assurances that the shooting will be subject to the most rigorous review to determine if there was any wrongdoing in Ford’s death.”

The LAPD's Force Investigation Division was investigating the case. Police Chief Charlie Beck, Inspector General Alex Bustamante and the Board of Police Commissioners were expected to determine of if the use of force was "objectively reasonable."

The officer had been placed on paid administrative leave.