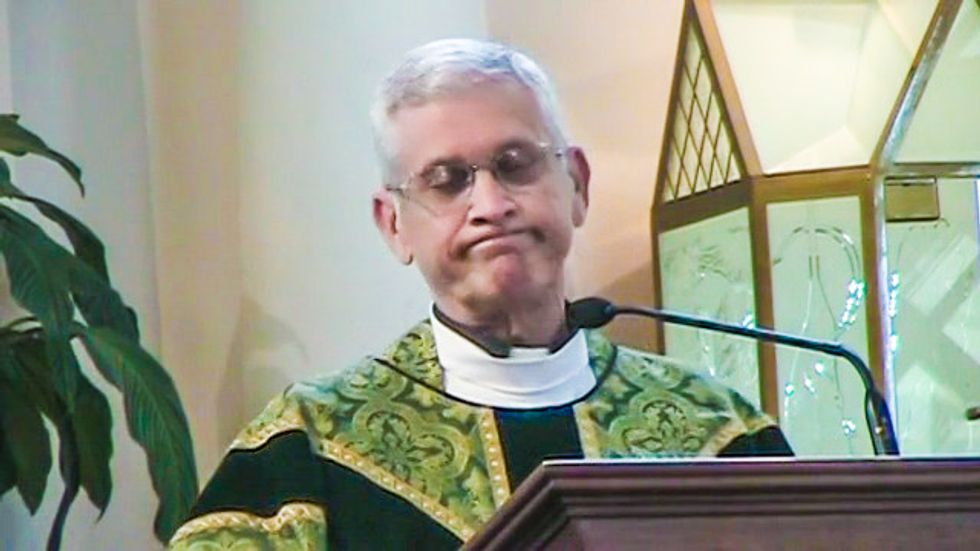 A Louisiana priest received a standing ovation from his church over the weekend following new details about sexual abuse of a 9-year-old boy in the 1970s.

A report released by Minnesota Public Radio last month included a never-before-published affidavit, which had been sealed by a federal judge in 1995. The document indicated that Father Gilbert Dutel "had been accused of coercing young adult men into having sex."

"Well, he would just put his arms around me and he was I guess trying to be consoling, kind of gentle and then he just started playing with me and he unzipped my pants," the victim recalled, according to the affidavit. "He performed oral sex on me."

The victim said that he had around eight sexual encounters with Dutel in total. Two other priests were also mentioned in the affidavit, but this was the first time that Dutel's name had been made public. According to Minnesota Public Radio, Bishop Harry Flynn later told lawyers that Dutel had been "cured," and that the diocese needed to keep him due to a shortage of priests.

The Daily Advertiser reported that on Sunday Dutel read a statement during Mass at St. Edmond's Catholic Church, insisting that he was innocent. Church members gave him a standing ovation in response.

"First, let me state emphatically that any alleged incident being reported that took place some 30 plus years ago is false," he said. "Let me assure you that I have not been a threat to young people in this parish or any other parish in which I have served as a priest or anywhere else. I regret deeply the embarrassment and heart-ache that all of this may have caused."

Minnesota Public Radio pointed out that in the 22 years since the victim came forward, Dutel had worked in elementary schools, and had a playground named after him.

Father Ronald Lane "Jean Paul" Fontenot, who was also named in the case, was convicted of statutory rape in 1986. And a third priest, David Primeaux, admitted in 1984 that he had sexually abused children. A Daily Advertiser report said that he committed suicide after victims confronted his wife in 2012.

Watch a KATC report below.