Michele Bachmann: Tax immigrants at 100% to stop them from sending money to families 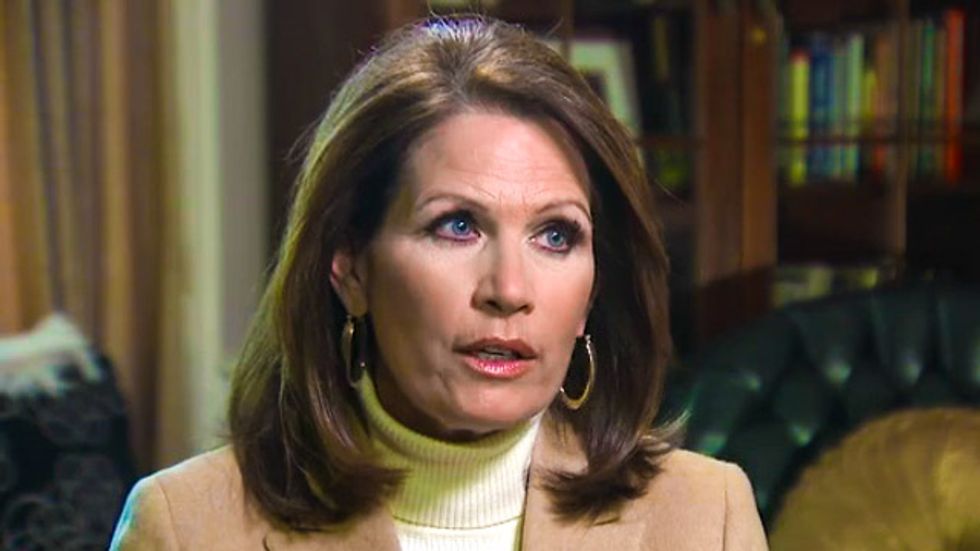 Rep. Michele Bachmann (R-MN) has a plan to discourage immigrants from sending money back to families in other countries by taxing them at 100 percent.

The Minnesota Republican, who has in the past asserted children fleeing violence in Central America were "invading" the United States, told a conference call with Numbers USA last week that it "truly is war against the American people," Right Wing Watch reported.

Bachmann opined that the solution to the crisis was to "deport right on the border," and to confiscate Americans' land if needed to "build a real fence."

"Mexico, El Salvador, Honduras and Guatemala, those countries are laughing at us because they’re making money with their corrupt governments in conjunction with these international criminal cartels, they’re all making money and kickbacks," she noted.

"What I believe we should do is have a 100 percent tax on remittances, the money that illegal aliens send back to these countries." Bachmann explained. "We would have phone call from the president of these countries in five minutes saying, 'What can we do? We want to keep this money flowing into our economy."