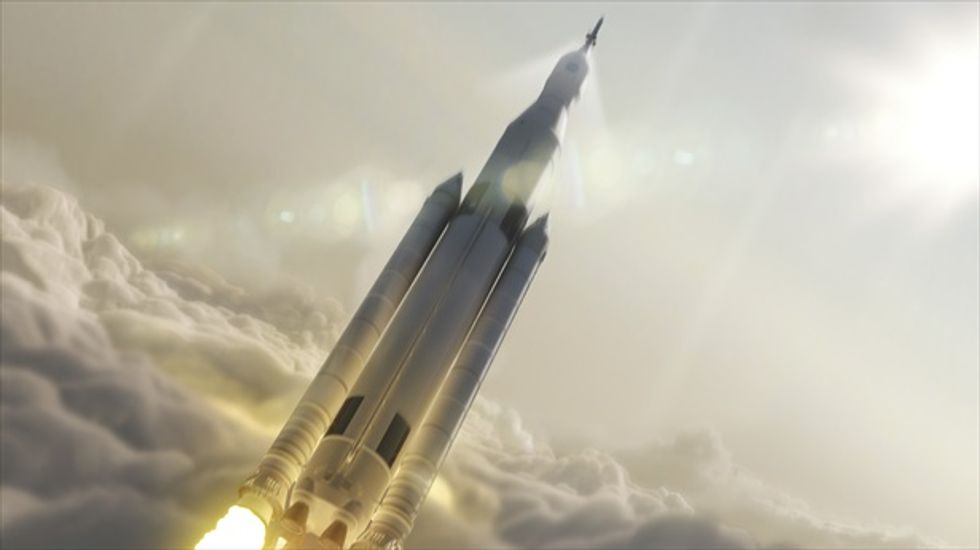 NASA is 70 percent confident of making a November 2018 launch date, given the technical, financial and management hurdles the Space Launch System faces on the road to development, NASA associate administrators Robert Lightfoot and Bill Gerstenmaier told reporters on a conference call.

NASA estimates it could spend almost $12 billion developing the first of three variations of the rocket and associated ground systems through the debut flight, and potentially billions more to build and fly heavier-lift next-generation boosters, a July 2014 General Accountability Office report on the program said.

While the rocket might be ready for a test flight in December 2017, as previously planned, the new assessment showed the odds of that were “significantly less” than the 70 percent confidence level NASA requires of new programs, Gerstenmaier said.

“We want to commit to this (November 2018) date and show that we can meet it,” added Lightfoot.

The schedule assumes flat annual budgets of about $1.3 billion for the SLS rocket and another $1.5 billion for Orion crew capsule and associated ground launch systems at the Kennedy Space Center in Florida.

The GAO report found that NASA’s SLS rocket program was about $400 million short of meeting its December 2017 target.

The rocket is a modified version of the shuttle-derived, heavy-lift booster developed under NASA’s previous exploration initiative known as Constellation.

The U.S. space agency spent about $9 billion on Constellation, which included the Orion capsule, from 2005 to 2010, before President Obama axed the program. Its goal was to return astronauts to the surface of the moon by 2020.

Instead, the White House and Congress approved a flexible path toward Mars, including a visit to an asteroid that will be robotically relocated into a high lunar orbit.

NASA did not say if the 11-month slip in the new rocket’s debut flight, which will be an unmanned test run around the moon, would impact the second mission, slated for 2021, with a two-member crew.

Initially, the SLS rocket, which uses leftover space shuttle main engines and shuttle-derived solid rocket boosters, will be able to put about 77 tons (70 metric tons) into an orbit about 100 miles (160 km) above Earth. Later versions are expected to carry nearly twice that load. Ultimately, the rocket is expected to be used to launch astronauts and equipment to Mars.

“Our nation has embarked on a very ambitious space exploration program and we owe it to the American taxpayers to get this right,” Lightfoot said.