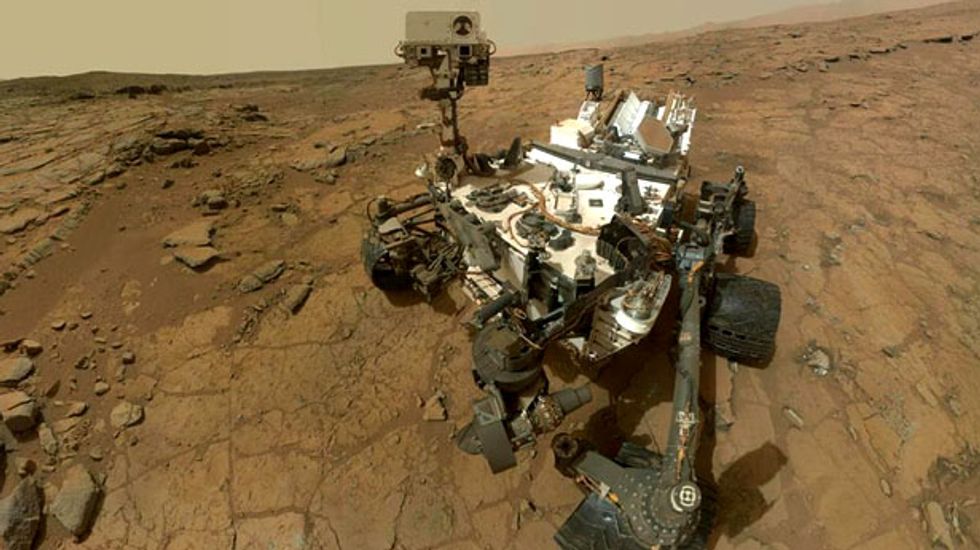 The suite of space-age tools loaded on NASA's next robotic vehicle, bound for the Red Planet in 2020, will include a device for making oxygen out of carbon dioxide.

Designed by the Massachusetts Institute of Technology, the Mars Oxygen ISRU (in situ research utilization) Experiment (MOXIE), aims to see if Martian air could be converted for astronauts to breathe.

NASA has sent a series of robotic vehicles to Mars -- the latest is the Curiosity rover which launched in 2012 -- and hopes to have people exploring the surface of Earth's neighboring planet by the 2030s.

"The 2020 rover will help answer questions about the Martian environment that astronauts will face and test technologies they need before landing on, exploring and returning from the Red Planet," said William Gerstenmaier, associate administrator for the Human Exploration and Operations Mission Directorate at NASA.

The Mars 2020 rover also aims to "identify and select a collection of rock and soil samples that will be stored for potential return to Earth by a future mission."

It will "conduct geological assessments of the rover's landing site, determine the potential habitability of the environment, and directly search for signs of ancient Martian life."

Other proposals accepted for the unmanned 2020 rover include advanced cameras and spectrometers for analyzing chemical composition, mineralogy and detecting organic compounds.

The proposals chosen by NASA as scientific tools are valued at $130 million.