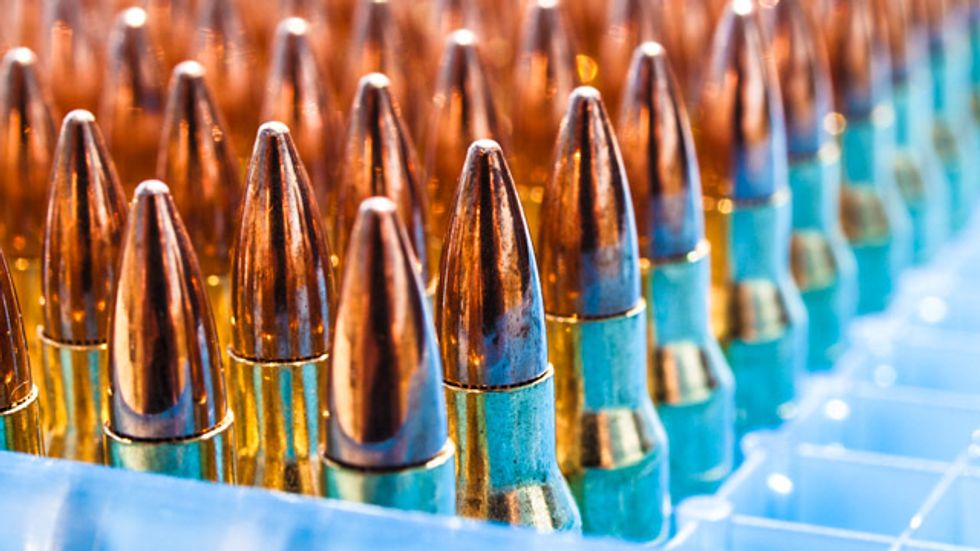 Police confiscated an arsenal of weapons over the weekend from a judge in Ohio who had been accused of brutally beating his wife.

Cuyahoga County Common Pleas Judge Lance Mason was arrested on Saturday after police received a 911 call from a woman who said that she saw two people fighting inside a vehicle in Shaker Heights, according to The Plain Dealer.

An arrest report accused Mason of punching, biting, and choking his wife. The wife, who is reportedly separated from Mason, was said to have “serious facial injuries.” Mason's children, ages 4 and 6, were also in the vehicle at the time.

About 20 minutes later, Mason was arrested at his home in Cleveland after his sister called police and said that he was threatening to kill himself with a gun, WKYC reported.

Cleveland.com reported that authorities confiscated a cache of weapons from inside the judge's home for "safe keeping":

- About 2,300 live rounds of various calibers

- A FNH P90 semi-automatic rifle still in the box

- A JLD Enterprises Inc. PTR-91 semi-automatic rifle with a scope

A hearing on Monday, Mason entered no plea to felonious assault charges. Judge K.J. Montgomery granted a protection order to prevent Mason from having any contact with his wife and children. She also set bond at $65,000.

Mason, a former state senator, will undergo a psychiatric evaluation to determine if he is a danger to himself.

[Photo: Row of bullets in the box via Shutterstock.com]