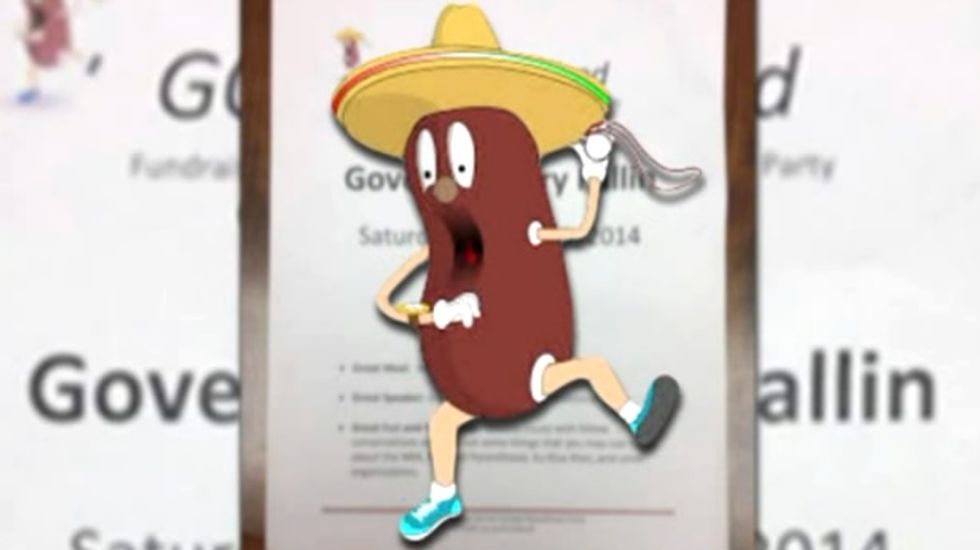 A flier for an upcoming Republican fundraiser advertising an appearance by Governor Mary Fallin features a crude Mexican caricature and claims that speakers at the event will enlighten the audience with "things that you may not know about the NRA, Planned Parenthood, Ku Klux Klan and other organizations," KFOR reports.

The flier for the Garvin County GOP "Bean Feed" outraged state Democrats who could not believe how low their counterparts had stooped to appeal to the lowest common denominator of their base.

Wallace Collins, Chairman of the Oklahoma Democratic Party, told KFOR that he couldn't believe it was real, "but it is. It really is. I think they were trying to energize their base, the tea party base, the right wing nuts whatever you want to call them. In other words throw some red meat, raise some money."

Some in the community believed that the flier was a prank being played on the Democrats.

However, the head of the Garvin County GOP, Allie Burgin, confirmed that the flier was real, but insisted that the speakers would have "debunked" the link between the Republican Party and the Ku Klux Klan. "I feel like the GOP gets a bad rap," he said.

He did not comment on the appearance of the dancing bean on the flier.

The governor's office denied any involvement in the production or distribution of the pamphlet, and Alex Weintz, a spokesperson for the office, said that "the governor is not going to or speaking at that event. She would not attend an event where those topics were featured."

That news would likely come as a surprise to Allie Burgin, who posted on Facebook that despite the controversy, Governor Fallin would be attending the event.

Burgin later noted on Facebook that he "should have known better in an election cycle you can't put a politicians name on the same flyer with the KKK even if it is just trying to share negative info on the KKK."

Watch a report about the pamphlet from KFOR below.