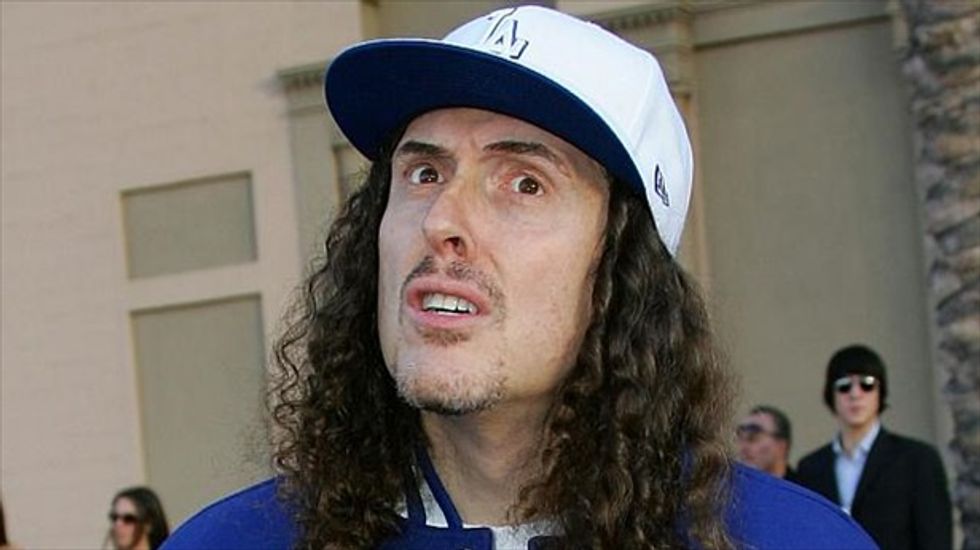 WASHINGTON (AFP) – An online petition to get chart-topping parody singer “Weird Al” Yankovic to headline the highly coveted Super Bowl half-time show blasted past the 75,000-name mark Thursday, a day after its launch.

If successful, the pitch to the National Football League (NFL) would see the 1980s pop-culture icon follow in the footsteps of Beyonce, Madonna, Michael Jackson, Bruce Springsteen and the Rolling Stones in performing at the much-watched American football classic.

“The theatrics alone would be hilarious,” wrote Ed Ball, a fan from Washington state who initiated the fast-growing Change.org petition.

Last month, Yankovic, 54, best known for his 1984 Michael Jackson spoof “Eat It,” scored a career first when his new album “Mandatory Fun” entered the Billboard charts at number one — the first comedy album to hit the top spot in 51 years.

This season’s Super Bowl, which decides the 2014 NFL champions, takes place February 1 in Glendale, Arizona — with the no-holds-barred, half-time spectacular expected to pull a massive TV audience as it does every year.