Our life with the Neanderthals was no brief affair 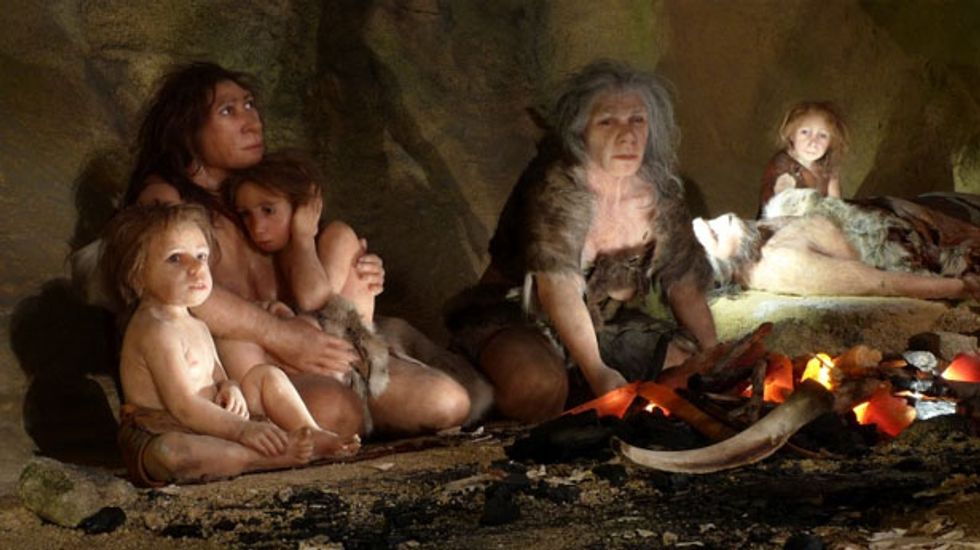 LONDON (Reuters) - Far from wiping out Neanderthals overnight, modern humans rubbed along with their shorter and stockier cousins for thousands of years, giving plenty of time for the two groups to share ideas - and have sex.

The most accurate timeline yet for the demise of our closest relatives, published on Wednesday, shows Neanderthals overlapped with present-day humans in Europe for between 2,600 and 5,400 years before disappearing about 40,000 years ago.

Pinpointing how and when the Neanderthals became extinct has been tough because the mainstay process of radiocarbon dating is unreliable for samples that are more than 30,000 years old, due to contamination.

The latest six-year project by researchers at the University of Oxford used modern methods to remove contaminants and accurately date nearly 200 samples of bone, charcoal and shell from 40 important archaeological sites across Europe.

The data showed that Neanderthals vanished from Europe between 39,000 and 41,000 years ago - but rather than being replaced rapidly by modern humans, their disappearance occurred at different times across sites from the Black Sea to the Atlantic.

"Now that we are using better techniques, the picture is becoming much more clear in terms of the process by which Neanderthals disappeared from Europe," said lead researcher Tom Higham. "Our results suggest there was a mosaic of populations."

Scientists already know from DNA evidence that there was some interbreeding between the two groups, although it is not clear whether this occurred once or many times. Recent studies have suggested between 1.5 and 2.1 percent of the DNA of modern non-African human populations originates from Neanderthals.

"In a way, our close cousins, as Neanderthals are, aren't extinct," according to Higham. "They carry on in us today."

Paleoanthropologist Chris Stringer of the Natural History Museum in London, who was not involved in the research, said the new findings were "striking" and backed up the idea that modern humans and Neanderthals may have learnt from each other.

He believes interbreeding probably first occurred in Asia soon after modern humans began to leave Africa around 60,000 years ago, so the latest evidence indicates the two populations may have been in some kind of contact for up to 20,000 years - much longer than in Europe alone.

Many scientists now reject the notion that Neanderthals were dim-witted brutes and point to evidence of use of symbolic objects, which may have been learnt from modern humans.

The Oxford team dated a number of items from sites of so-called transitional stone tool industries - viewed as either the work of the last of the Neanderthals or early modern humans - and found they were all between 40,000 and 45,000 years old, indicating a period of possible cultural exchange.

Interestingly, they found no evidence that Neanderthals and modern humans lived particularly closely together. Rather, Neanderthals probably survived in dwindling populations in pockets of Europe before dying out altogether.

It is unclear what killed off the Neanderthals, although theories include an inability to adapt to climate change and increased economic competition from more agile modern humans.

While the latest work provides the most robust timeline so far of the last days of the Neanderthals, there are still gaps in coverage, particularly in Siberia and eastern regions of Eurasia. That is something the researchers plan to address in follow-up investigations.

"Ultimately, our aim is to create kind of movies that show the arrival and departure of different sub-species of humans across Europe," Higham said in an interview filmed in his lab. "We are part-way towards that but there is a still a lot more work we can do."

Some scientists have hypothesized that late-surviving groups of Neanderthals lived in places such as Gibraltar after 40,000 years ago, but the latest dating provides no evidence of this, according to the Oxford team, whose findings were published in the journal Nature.