Rand Paul on abortion: Civilization will collapse unless fetuses get personhood rights 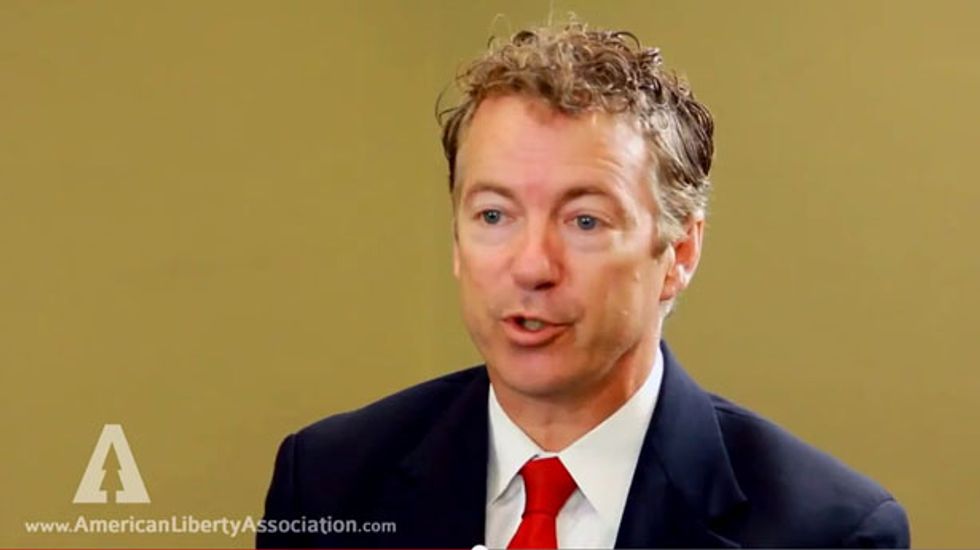 Sen. Rand Paul (R-KY) appeared to return to his hardline stance on abortion in a recent interview, after suggesting in April that he had softened his position.

Earlier this year, Paul upset his social conservative allies by saying he wouldn't try to outlaw abortion if he became president.

But in an interview with the American Liberty Association, the potential 2016 presidential candidate said he believes human fetuses deserve personhood rights -- a move that would completely outlaw abortion.

"It is a big issue for me. I tell people that really it is all about when life begins," Paul remarked. "You know, I'm a physician. One of the things I would do in my job is to go into the pediatric nursery and I would examine babies that are one-pound babies, looking in their eyes to try to make sure they didn't suffer from blindness from being born prematurely."

"And the interesting thing is when you're in the neonatal nursery and you've got a one-pound baby, everybody acknowledges that that baby has rights, the Bill of Rights applies to that baby and nobody can hurt that baby," he continued. "It's a one-pound baby. But a week before, even a full-term seven-pound baby has no rights, according to the way people are looking at it, and I think that is a big mistake."

Paul noted that he had introduced legislation to Congress last year known as the Life at Conception Act. The bill would declare that human life begins at the moment of conception and extend constitutional protections to human fetuses.

So-called "fetal personhood" legislation would outlaw abortion, and could lead to prohibitions on many forms of birth control, stem-cell research, and in-vitro fertilization, according to NARAL Pro-Choice America.

"I think, and I often say in my speeches, that I don't think a civilization can long endure that doesn't respect the rights of the unborn," Paul concluded.