Russell Brand: Racism peddled on Fox News is 'so outrageous it's almost art!' 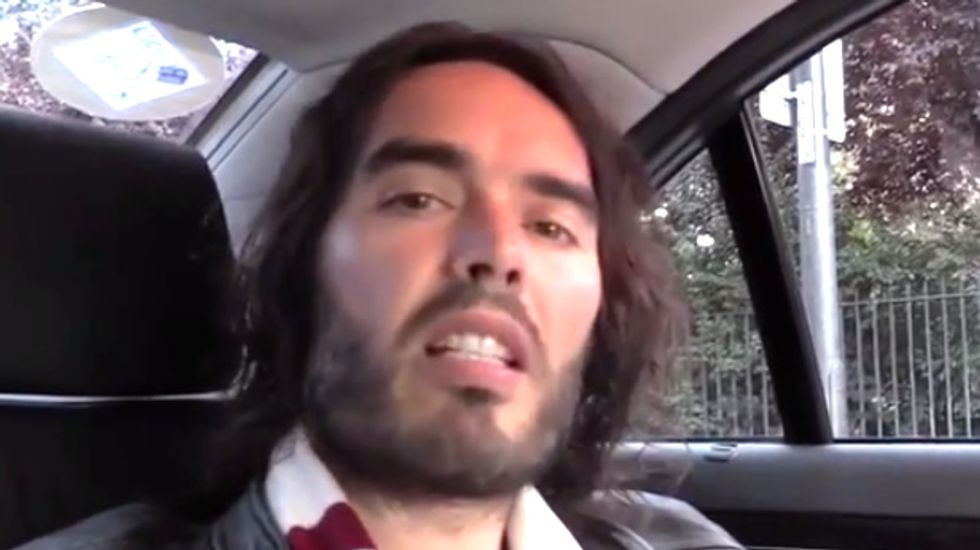 On the latest episode of The Trews, Russell Brand continued to discuss Fox News's racist coverage of the civil unrest in Ferguson, Missouri.

He begins by showing a clip from Red Eye in which host Greg Gutfeld said that "the media, like humanity, can only handle two sides to a story, and they almost always flock to one side -- and it's David, never Goliath."

"Yeah," Brand responded. "When you look at the Bible, you think, 'Hang on here! Should we revise this clearly allegorical story about David and Goliath? What about Goliath -- the hapless, lovable giant?' No, you don't -- Goliath is clearly there to demonstrate oppressive power, isn't he?"

He then cut back to Gutfeld, who said that this support for the underdog is the result of "decades of pop culture, deeming what's cool and what isn't."

"It's not about what's cool and what isn't," Brand replied. "It's not 'cool' to stick up for the people of Ferguson, who after a century of oppression and the only limited success of the Civil Rights Movement, have decided that after the killing of an unarmed man to protest. They're doing it because they like some of their trainers," he said, referring to expensive athletic shoes.

"I think what's interesting about Fox News's coverage is the complete evisceration of any compassion in the argument," Brand continued. "Pain and suffering is the lifeblood of their channel. There's no one so disadvantaged, so oppressed, that Fox News can't get some mileage out of exploiting or condemning them."

He then cuts to a different clip, featuring Jason L. Riley, author of the book Please Stop Helping Us: How Liberals Make It Harder for Blacks to Succeed, who was criticizing President Barack Obama for saying that "black crime stems from poverty, or a racist criminal justice system, which is nonsense!"

"That's outrageous," Brand said. "Of course there's an economic aspect to the argument. Of course there's a social aspect. You can't just bring out the author of the book We Deserve to be Shot to bring out arguments just so Fox News can keep being as they are."

"There's also this false narrative," Riley said, "put out there by people like Michael Eric Dyson and the rest of the hustlers, that black men live in fear of being shot by cops in these neighborhoods. That too is nonsense!"

"I know something about growing up black in the inner city," he continued, "and it's not that hard to avoid being shot by a cop. They pull you over, you answer their questions, you're on your way!"

"Yes!" Brand replied. "Just bow down to authority at every possibility. Never try to fix injustice -- keep your mouth shut! Write a book called, Kick Me in the Ass All Day Long: I'll Do as I'm Told!"

"It's so outrageous," he concluded, "it's almost art."

Watch the entire episode of The Trews via YouTube below.