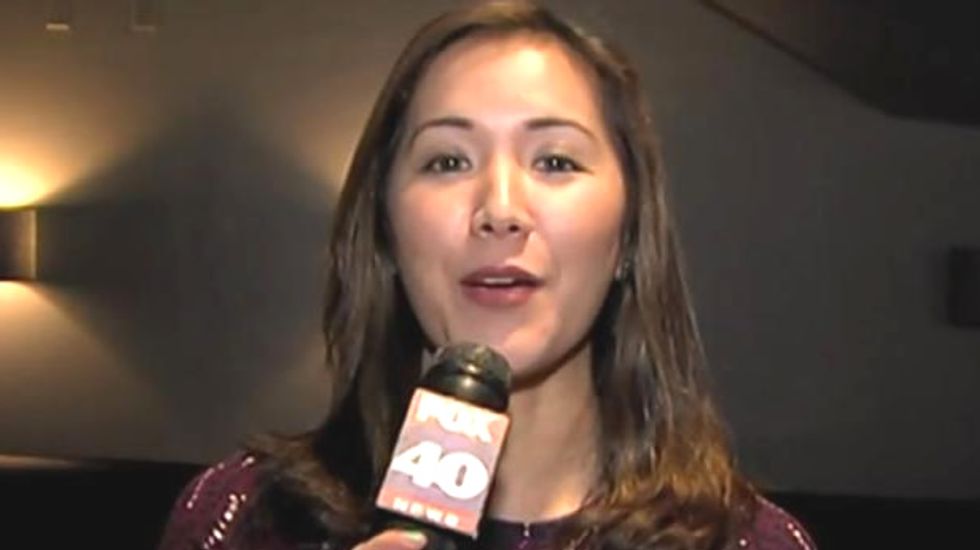 SACRAMENTO Calif. (Reuters) - A Sacramento-area television news anchor charged with grand theft and burglary over the alleged theft of Coach wallets from an outlet store has resigned from her job.

Sabrina Rodriguez was charged last week in connection with a 2013 incident in which merchandise was stolen from a store in the Sacramento suburb of Folsom.

The award-winning anchor at the Sacramento Fox News affiliate had said she was innocent of the charges, and on Monday the station's website said Rodriguez had been granted a voluntary leave of absence.

However, after massive publicity about the case, including a story on a rival station pointing out that Rodriguez herself had done a story on how easy it was to shoplift high end wallets, the reporter and morning news anchor resigned.

"I am heartbroken to say, I have decided to resign my position at FOX40," Rodriguez said in a statement posted on the station's website. On Tuesday, she also sent a statement to the Sacramento Bee saying she had broken up with fiance Nicholas Gray, who is charged as a conspirator in the shoplifting case and faces additional charges in other cases.

"I am now focusing on life decisions as I move forward with the support of family, friends, viewers and the community," she said in the statement, published by the Bee on Wednesday.

Rodriguez and Gray are set for arraignment in the shoplifting case on Aug. 29. She faces three felony charges including conspiracy, according to case information obtained from the Sacramento Superior Court.

Rodriguez turned herself in last Thursday, more than a year after a warrant was issued for her arrest in the case, said Jason Browning, a spokesman for Folsom Police.

Police questioned her at the time of the incident last year, Browning said. Store employees recognized her from her role as a local television anchor and reporter, he said.

Rodriguez is accused of stealing $2,500 worth of wallets at the Coach outlet store in Folsom in 2013. Her attorney, Mark Reichel, told the Sacramento Bee newspaper she was "completely innocent" of the charges, but did not respond to an email request for comment from Reuters.

Gray is alleged to have been a co-conspirator in the case, Browning said.