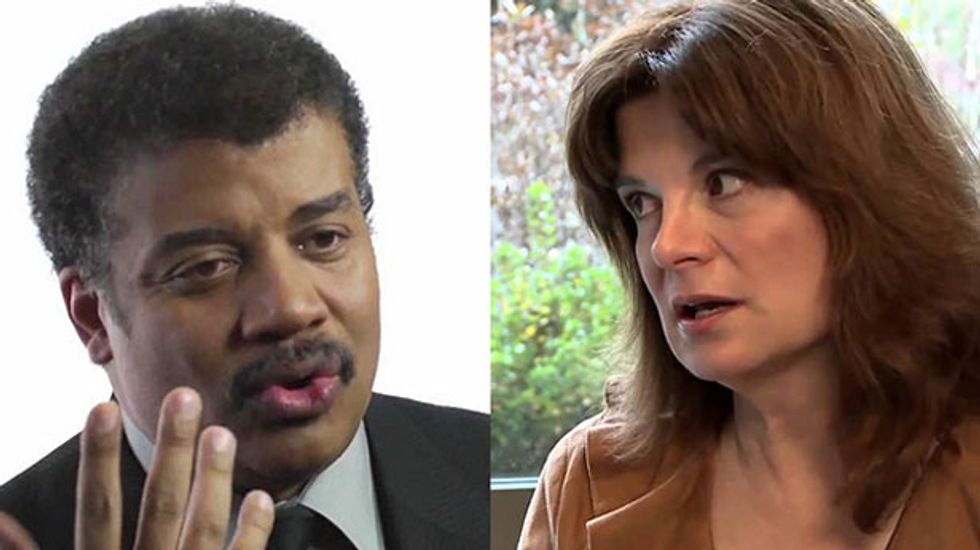 The head of the imaging team for the Cassini mission to Saturn, Carolyn Porco, told astrophysicist Neil deGrasse Tyson that New York Times editors asked a reporter to delve into her love life while working on a profile focusing on her career.

"[The reporter] submits it to her editors and they come back and say, 'Find out why Porco's not married,'" Porco said in an audio clip posted by deGrasse Tyson. "I said to her, 'See? I told you so. I knew this kind of thing was going to happen,' because I knew they would be very sexist."

"The first answer was something like, 'Just tell them I have a different man every night and I like it that way,'" Porco said, drawing a laugh out of deGrasse Tyson. "And then the other answer was, 'There are no high-maintenance items in my house of any kind -- pets, plants, or husbands.'"

Porco said Niethammer ultimately chose to include the latter quote in her August 1999 feature.

"Actually, I got a lot of fan mail from that," Porco said. "People writing me [saying], 'Oh, my 17-year-old daughter thought that was the greatest thing she ever heard.' At my advanced age, there are still no high-maintenance items of any kind -- pets, plants or husbands."

The clip was taken from deGrasse Tyson's interview last month with Porco for his show Star Talks, and can be heard below.

The full episode is available for listening here.