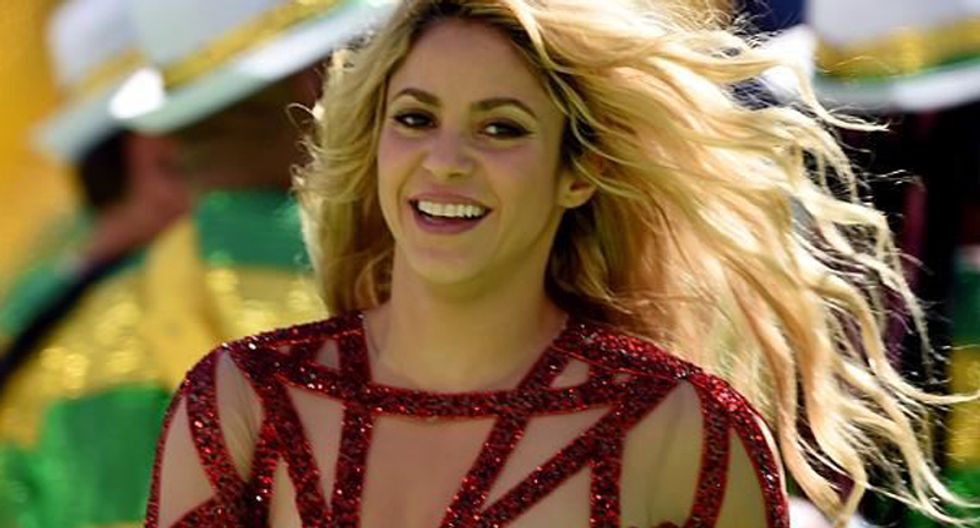 Colombian singer Shakira performs during a closing ceremony ahead of the Brazil World Cup final at The Maracana Stadium in Rio de Janeiro on July 13, 2014

Colombian pop star Shakira's 2010 hit song "Loca" is an illegal copy of a tune written by a Dominican musician in 1998, a US judge said Wednesday in a copyright trial.

In a 40-page ruling Judge Alvin Hellerstein said the song was a replication of one written by singer and composer Ramon Arias Vasquez, known as Arias.

During an 11-day trial in June, Arias testified that he wrote the song between 1996 and 1998, and he even sang it in the courtroom.

His version of the song which had been recorded on a cassette, was presented as evidence at the trial.

The song became a hit in the Dominican Republic when it was later performed by another singer, Eduard Edwin Bellou Pou, also known as "El Cata", in 2007. This singer, who works for Sony, said at the time he had composed the song.

Shakira's 2010 album "Sale el Sol" (The Sun Comes Out), which had both Spanish and English versions of the song based on that by "El Cata" who is also featured in the recording as well as several others on her album.

Mayimba Music, which had the rights to the songs of Arias, had filed a suit against Sony Corp of America and other units of Sony in 2012 for copyright violation.

The judge said liability was limited to two units of Sony -- Sony/ATV Latin, and Sony/ATV Discos.

"Loca" was a hit that sold millions of copies.

"The next stage in this case is determining Mayimba's entitlement to damages and an injunction," the judge wrote.