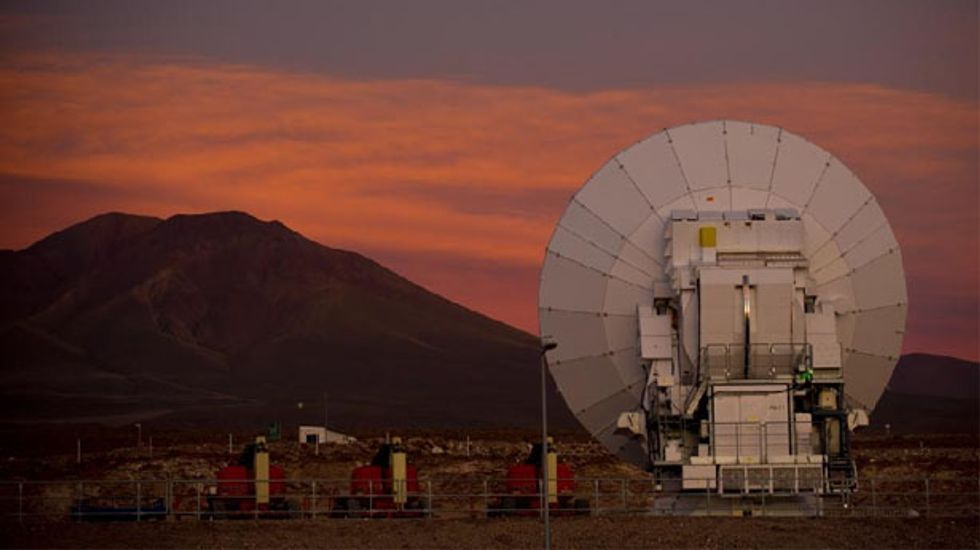 Scientists using a high-powered telescope in Chile have been able to measure Pluto's orbit precisely, to help with navigation as a US probe nears the planet in 2015.

This will help NASA's New Horizons craft home in on its target, according to scientists at the US National Radio Astronomy Observatory, adding that the Atacama Large Millimeter/submillimeter Array, or ALMA, in Chile had made it all possible.

The dwarf planet was discovered back in 1930, but due to the enormous distance between earth and it, scientists until now had major problems finding its exact orbit and location.

That's because while the earth takes a year to orbit the sun, it takes Pluto 248 of our years to complete one trip around the sun.

That has meant researchers so far have only studied about roughly a third of its orbit.

Thanks to its dry and cold climate, and the lack of light pollution from cities in the remote region, Chile's Atacama desert provides an ideal location for astronomical research.

The ESO, a collaboration involving 15 mainly European countries, operates a number of high-powered telescopes in Chile, including the ALMA.

"We are very excited about the state-of-the-art capabilities that ALMA brings to bear to help us better target our historic exploration of the Pluto system," said New Horizons Principal Investigator Alan Stern of the Southwest Research Institute in Boulder, Colorado.