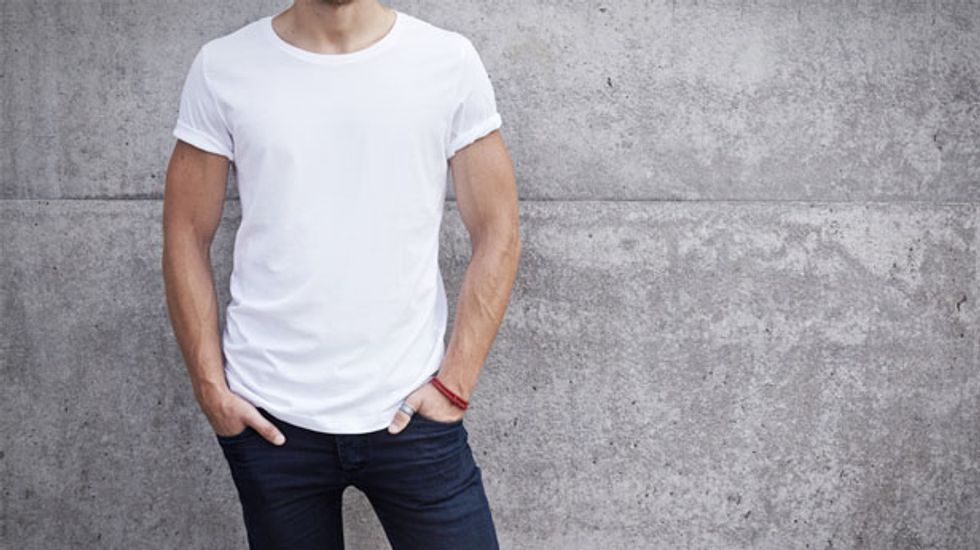 In 2010, the world consumed a record 69.7m tonnes of clothes. That's up from 47.4m tonnes just 10 years earlier, according to statistics from the United Nations Food and Agriculture Organisation (FAO).

The unwieldy figures translate to approximately 10kg of clothes per person in 2013, up from 6.7kg 10 years earlier. That may not sound like a lot but the world population is growing, as are our western habits. Our apparel consumption is likely to keep increasing, an alarming thought as most worn-out clothing goes straight to the landfill or other unsustainable destinations.

"Until now old clothes have often been used as filler material for underneath wall-to-wall carpenting, but when the carpenting is removed or the building is knocked down, the material goes to the landfill anyway," says Lewis Perkins, senior vice president of the San Francisco-based Cradle to Cradle Products Innovation Institute, which develops sustainable new uses for discarded products.

Now several companies are trying to change that equation. Scientists at Stockholm's Royal Institute of Technology have developed a way of recreating cotton, which not only accounts for roughly a third of the world's textile consumption but is also in danger of becoming a scarce resource as the world's increasing population needs more land for food production.

In June, a group of collaborating Swedish companies presented the world's first garment made entirely from recycled cotton: a yellow dress that looks no different from the fashion range at H&M or Zara. "The scalability of this process is enormous," says Henrik Norlin, business development manager at re:newcell, the company that made the pioneering material. "The technology allows us to recycle all materials that contain cellulose."

This is how it works: old cotton clothes are brought to a factory and shredded then turned onto a porridge-like substance. After non-recyclable pieces like zippers and buttons have been removed, the porridge is broken down to the molecule level and turned into a fibre substance to be used for thread, resulting in rayon fabric. "We can recycle fabrics that contain a mix of cotton and other materials but get the best results when recycling pure cotton," says Norlin.

Re:newcell is now preparing to build its first fabric-recycling factory, which will open its doors within the next 18 months. "It will be able to process 2,000 tonnes per year, allowing us to show the scalability of the process," says Norlin. Re:newcell will then add factories in other European countries like Britain and Germany, that produce large amounts of cast off clothing.

The company is also forming partnerships with textile companies, which will buy Re:newscell's pulp rather than the typical rolls of fabric. One of the companies already involved is SKS Textile, based in the Swedish city of Borås. With other companies involved in the research and development behind the yellow dress, SKS Textile was responsible for making it. Chief executive Urban Olsson explains that SKS is working with the public sector, primarily the county-led healthcare system, to supply healthcare workers with uniforms made from the recycled fabric.

Japanese company Teijin has developed a similar technology that polymerises polyester, turns it into polyester chips and then turns those chips into new fibres of equal quality. The result is a new polyester fabric that's just as good as the fabric in the discarded clothes. According to Teijin, the process reduces CO2 emissions by 77% compared to polyester made from petroleum. Though the new garments do require virgin polyester – that is, non-recycled content – the process also reduces the consumption of petroleum, the raw material from which polyester is made.

The prospect of clothes recycling makes fast fashion seem a lesser environmental crime, and from a sustainability perspective the Swedish cotton recycling scores particularly well as it uses no new ingredients other than timber, whose cellulose fibres can be added to the existing cotton ones. Some clothing manufacturers, including Levi's, already incorporate discarded clothing into new items.

But, cautions Perkins, recycling of fabric often involves dangerous materials such as heavy metals. (Norlin says that Re:newcell's process is completely clean.) And because rayon is much harder to recycle than cotton, the recycling doesn't go full circle. A better approach, argues Perkins, would be to compost the clothes. "The dyes are a problem, which is why we need innovation in dyes," he says. "But in the future we could even add valuable nutrients to clothes, which would benefit the soil when we compost them."

Recycling or composting: plenty of innovation will take place in the near future. And Norlin predicts that clothes recycling will take a similar trajectory to paper recycling: "Early on in paper recycling, only a small share of paper was recycled. Now most paper is recycled and yields good results. We could see fabric do the same thing."

The fashion hub is funded by H&M. All content is editorially independent except for pieces labelled advertisement feature. Find out more here.

Join the community of sustainability professionals and experts. Become a GSB member to get more stories like this direct to your inbox