The psychology of comedy: Where humor and psychosis overlap 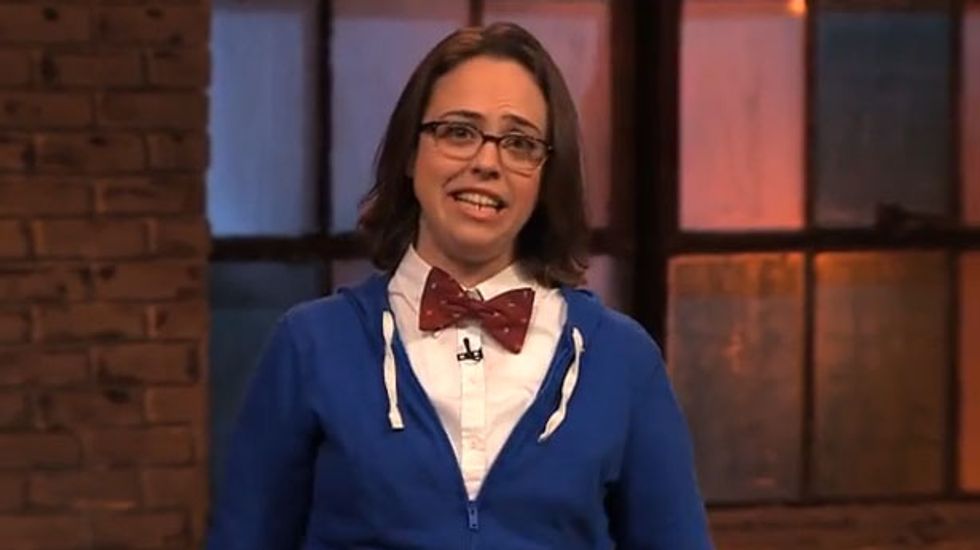 "Many people say that comics are psychopaths," says the standup Jason Byrne, who should know what he's talking about after almost two decades in the business. "We put this front on of being a normal person but in our shows we're closer to our actual personality."

Which is? "Completely mental."

Byrne may sound flippant, but scientists have long been fascinated by the question of whether comedians have a common psychology. Is there a clear line from the warm-hearted Lucy Beaumont, for example, through Rhod Gilbert, with his foam-flecked rages over seemingly anodyne topics such as mince pies and electric toothbrushes, to Spike Milligan, who was once described by his psychiatrist as "certifiably insane"?

Over the past two years, psychologists at Oxford University have persuaded 523 comedians across the UK, US and Australia to complete an online survey designed to uncover their most defining characteristics, asking questions like, "Do you often feel like doing the opposite of what other people suggest, even though you know they are right?" and, "Do you dread going into a room by yourself where other people have already gathered and are talking?"

The results showed that comedians have a remarkable amount in common with people with schizophrenia and manic depression – and that this could be exactly what makes them funny.

Byrne describes the comic's world as a bit of a fantasy land where the oddities of daily life are blown out of proportion in a "cartoon animated" fashion. This enables them to spot and pick apart bizarre aspects that go unnoticed by most of us.

"Humour requires the ability to think outside the box or see unusual connections where others don't," agrees Victoria Ando of Oxford's department of experimental psychology, who led the study. "This divergent and over-inclusive way of thinking reflects many of the thought processes and patterns seen in psychosis. But while in psychotic patients these traits are too pathological to allow creativity, in a healthy individual they can contribute towards brilliance and inspiration."

The Oxford study also found that comedians often display depressive traits such as emotional flatness and detachment from others. The good news is that this seems to be related to the stress of the job, rather than an underlying disorder: there is little evidence that many suffer from clinical depression in the way that Robin Williams did. What's clear is that once they step off stage, comedians often stop being the life and soul of the party. Most combine two conflicting personality traits – they are both highly introverted and highly extroverted. A surprising number admit to becoming increasingly "socially uncomfortable" off stage as their career progresses.

"When you start in comedy you're always extroverted in conversation," explains standup and musician Vikki Stone. "You're trying out material on your mates, you're trying to play to a crowd all the time whether you're in front of an audience or not, all to try and appear fearless. And then once you've been in comedy for a while, you don't need to do that any more off stage. You want to get away from it all."

This personality split was found to be even more pronounced in female comedians, possibly a result of the animosity many face in a notoriously male-dominated environment.

"If you're [a woman] performing in a comedy club, the audience will automatically assume that you're crap," says Stone. "You have to earn their trust, which makes it harder. At the beginning of my set I have to be very confident and get them to laugh very quickly."

Comedians readily admit that they need to deal with negative comments, especially on the road to becoming established. But although they can obsess over heckles or bad reviews, the judgments aren't always external. When your job combines the three disciplines of acting, writing and directing, it's impossible not to criticise yourself. "The biggest negative thing you have to deal with on stage is your own brain," Byrne says. "The left side of my brain is basically scanning the audience. The right side is all my material that I have already. And the middle is the negative bit that's always there going: 'God, you're shit! What are you doing this for? Oh. My. God. They didn't even laugh at that bit. Didn't even laugh. What are you doing?'"

Aren't all performers plagued by self-doubt? Perhaps. But the solitary nature of much comedy seems to accentuate it. The Oxford study also analysed over 200 actors – and found that while they rated high on the extrovert scale, they scored low for introversion. This seems to be because actors usually share criticism and praise with a whole group of other people, so the range of emotions is not as extreme.

"Comedians probably experience more intense highs and lows as everything on the stage is their own work, whereas in theatre there is a less individual burden," Ando says. "The audience satisfaction comes from a combination of the work of the author, the director, the scenographer and, of course, the other actors. And there's a subtle difference in how they engage with the audience."

What does she mean by that? Actors are engaging in a "two-way emotional exchange through the roles they play". And comedians? "Comedians are putting up a front."

Before the pandemic, a typical commute may have involved choosing between walking, driving or taking public transit. Ride-sharing apps have also allowed us to request rides in a shared car, on a bike or even using a scooter. Walking might involve a journey that begins on a residential street and travels through bustling commercial strips, past cyclists and delivery drivers that would need to be dodged and manoeuvering through busy intersections.

The pandemic altered the commute for most and changed our experience of moving through cities. Municipalities have been installing bike lanes, reducing car lanes and parking, widening sidewalks and green spaces and creating space for electric cars.

The Donald Trump adviser who was arguably responsible for both of the former president's impeachments could be the most valuable witness to investigators in Georgia, where the former president pressed state officials to help him overturn his election loss.

Rudy Giuliani was among eight Trump allies who were subpoenaed by a special grand jury in Fulton County as part of district attorney Fanni Willis' investigation into the twice-impeached former president's phone call to secretary of state Brad Raffensperger, and the former New York City mayor could provide the most damning evidence, according to MSNBC columnist Hayes Brown.

How beetles trick bees into feeding them food rich in nutrients

Honey bees are useful not only to humans but to other “free riders” attracted to their stored resources. The small hive beetle (Aethina tumida) is one of the species that rely on honey bee colonies to reproduce and survive. The adult beetle lays eggs on bee brood frames, full of honey and pollen. The beetle larvae then eat through these rich food sources.

The consequences for the bee colony can be lethal. The beetle larval activity causes the honey and pollen stores to start fermenting and the beetle larvae prey on the bee larvae and pupae.