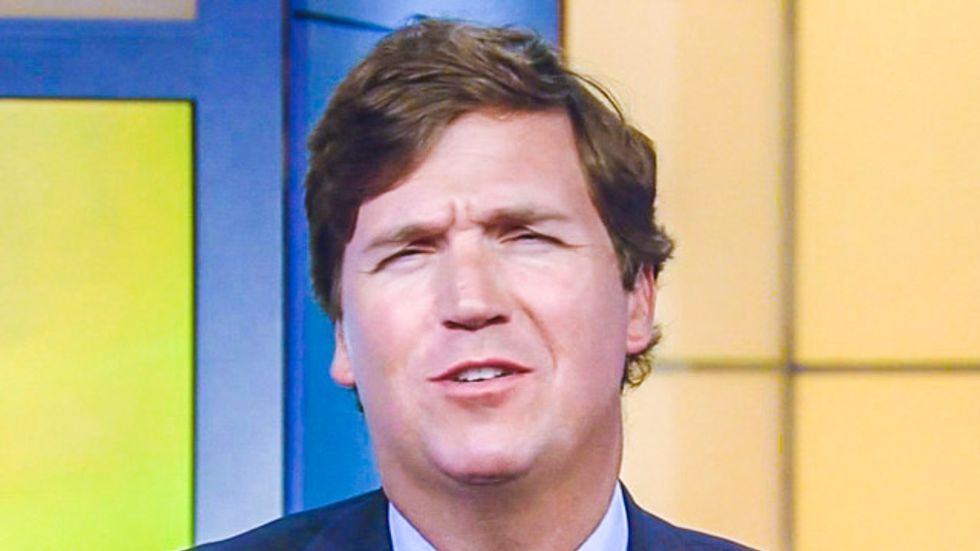 Fox News host Tucker Carlson asserted overt the weekend that a group of atheists had launched an "assault on people of faith" because they had asked the IRS to enforce existing anti-electioneering rules.

Last month, the Freedom From Religion Foundation (FFRF) announced that the it had settled a lawsuit with the IRS regarding un-enforced restrictions on politicking from the pulpit.

But because the IRS has currently suspended all investigation of tax-exempt entities -- including churches -- due to a congressional investigation over accusations that the agency persecuted conservatives, the FFRF settlement was expected to have no immediate affect.

On Saturday, Tucker Carlson told Pajamas Media Legal Editor J. Christian Adams that this was another examples of "liberal politicians, liberal groups asking the IRS to crush organizations that they don't agree with."

"They want to use IRS as a weapon against Christianity, against faith," Adams agreed. "Using the power of government to go after faith, that's what it's about. Sure, there are going to be churches in the South that go after Democrats, but it's a much bigger and far more dangerous campaign they're on."

"This is basically an assault on people of faith," Carlson opined.

"They want to turn belief in constitutional principles, belief in God into a political thing," Adams declared. "They want to use the IRS to go after people who express their faith from the pulpit and urge action. That's the important part, they want people who believe to shut up."