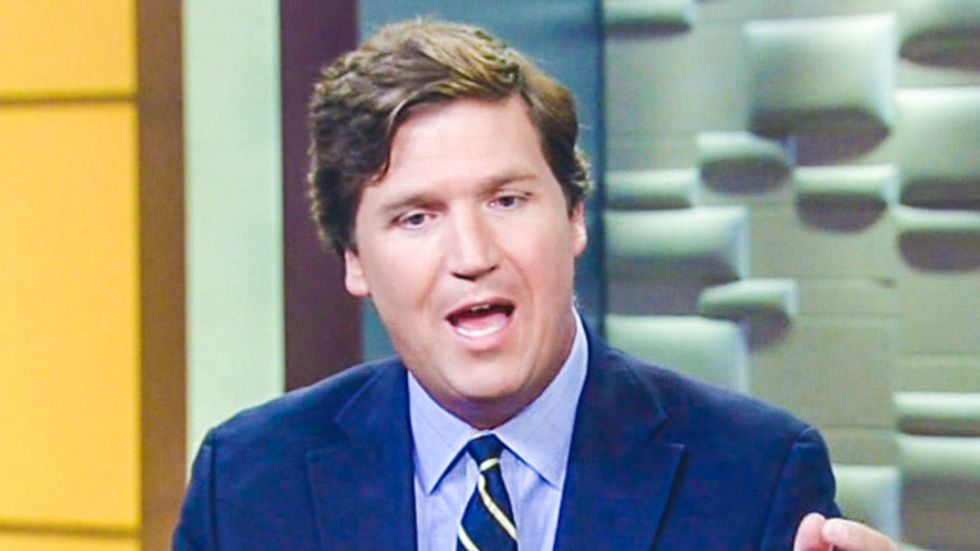 Fox News host Tucker Carlson slammed his own network's report teaching parents to ask if guns were secured in their friends' homes because he said that more kids died in bathtubs.

As part of an ongoing series of reports about firearm safety around children, Fox News' Heather Nauert spoke to a woman whose son was killed by an unsecured gun in a friend's house. The woman was now pushing the New York Legislature to pass a bill that would require firearms to be locked.

"The point of that package was, guns are scary, gun owners are a threat to you and your children," Carlson complained following the report. "And the truth is, while a child's death is the worst tragedy imaginable, far more children died last year drowning in their bathtubs than were killed accidentally by guns."

"So, I would like to see a package on, do you have a bathtub at home? Because I need to know that before I send my child over to your house," he continued. "A little perspective might be helpful."

"How about bathtub safety?" Carlson exclaimed.

"Take a look at the places with the highest levels of gun ownership, they're also the safest places," Carlson opined. "You're not going to get hurt in Maine or Wyoming or Vermont, right?"

"If somebody asked me -- the fact that 93 percent of people don't mind if you ask them if they have a firearm at home -- I find that a very private question," the Fox News host added. "It's something the government wants to know because they would like to disarm you. Because it's something that I'm not comfortable talking about with other people. And I would be offended by that question."

According to the Consumer Products Safety Commission, an average of 87 children younger than 5-year-old died each year between 2006 and 2010 due to drowning at home.