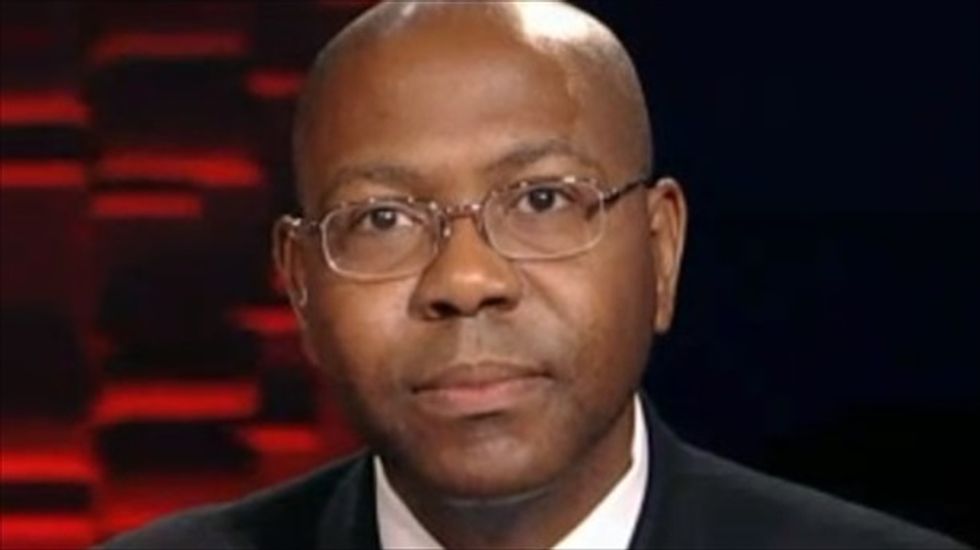 Riley did not mention, however, that according to the International Business Times, Black residents in Ferguson were arrested four times as often as white residents.

He also failed to mention that the state department of public safety rejected its data on local crime statistics because of "major errors."

Obama announced on Monday that Holder would go to Ferguson to supervise the current federal investigation into the shooting death of 18-year-old Michael Brown at the hands of local Offficer Darren Wilson. Holder said in an op-ed published in the St. Louis Post-Dispatch on Tuesday that he will meet with both federal prosecutors and community leaders after his arrival.

"At the core of these demonstrations is a demand for answers about the circumstances of this young man’s death and a broader concern about the state of our criminal justice system," Holder stated. "At a time when so much may seem uncertain, the people of Ferguson can have confidence that the Justice Department intends to learn -- in a fair and thorough manner -- exactly what happened."

Both residents and observers nationwide have criticized local police's handling of the case, and protesters on Tuesday called for St. Louis County Prosecutor Bob McCulloch to recuse himself from the investigation. Gov. Jay Nixon (D) refused to do so on Tuesday, saying it would intervene with regular procedure.

But Riley dismissed Holder's arrival, saying it was about "optics" and Obama's desire to show his supporters he was addressing the case, even if it meant intervening in a local and state investigation.

"Holder's the same man who's been trapising the country telling us that white Republicans are trying to disenfranchise Black voters with 'voter ID' laws, even though polls show a majority of Blacks support 'voter ID,'" Riley said. "This administration has no problem dividing us by race when it suits its own political purposes."

Watch the discussion, as aired on Fox News on Tuesday, below.